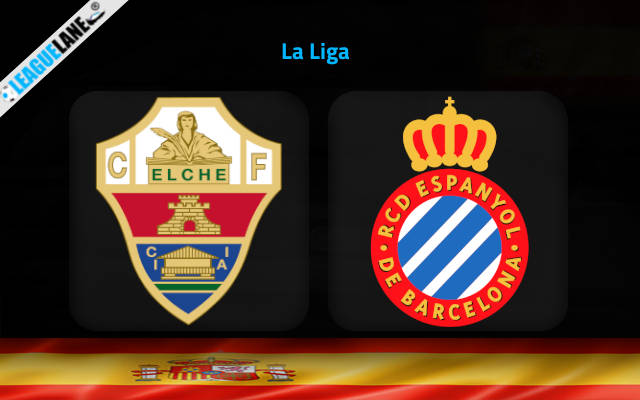 Espanyol have recently been on a great run, and they even had a confidence-boosting win against Real Madrid. They are expected to secure another win this weekend, against the struggling Elche.

Elche lost 2-1 on the road the last match-day, against Vallecano. They had also lost three of their preceding four fixtures, and they have a total of seven official wins since the first week of January.

On the other hand, Espanyol had registered a 2-0 win at home the past game week, against Cadiz. They had won three of their last four overall games – which included a win against 13-time European champions Real Madrid.

In fact, they have lost just thrice so far in 2021-22, and two of these defeats had come against Atletico Madrid, and Sevilla.

On top of that, they also have an impressive h2h record against this rival over the years.

Judging these factors, expect a win for Espanyol this weekend.

However, their defense has been a little worrisome on the road lately. Only once have they managed to keep a clean sheet this season, while Elche have been finding the back of the net consistently, despite all their problems.

As such, expect goals to come from either side of the pitch this Saturday.

Tips for Elche vs Espanyol