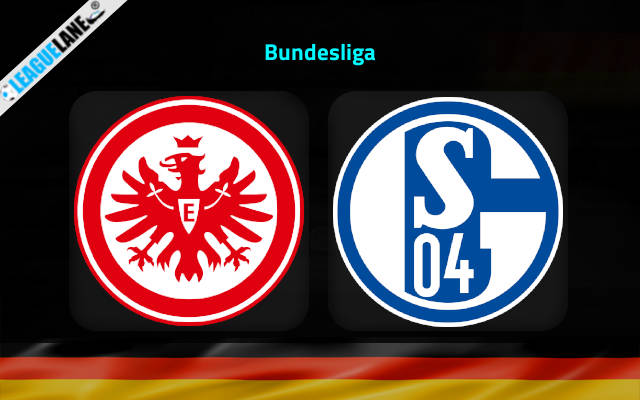 They will have a nice chance to prolong this fine spell of form at the start of 2023 as the top flight of German football returns to action this weekend.

Frankfurt will be big favorites to beat the rock-bottomed Schalke on Saturday afternoon at Deutsche Bank Park.

The hosts own the second-best attacking record in the entire league (just behind Bayern Munich) and they currently occupy the fourth position in the Bundesliga table.

With the potential UEFA Champions League qualification on the horizon, there are no doubts Oliver Glasner’s men will enter every single game in the second half of the season fully motivated to claim the spoils.

It is also worth noting that Frankfurt have bagged four goals past RB Leipzig in a 4-2 victory in an exhibition played two weeks ago.

We really see the hosts as huge favorites here given Schalke are objectively the weakest team in the elite class of German football this season.

The team from Gelsenkirchen firmly sit at the very foot of the league table with just 9 points from 15 games so far in the season.

They have made a managerial change during the World Cup break but we doubt the arrival of former Bochum manager Thomas Reis will do much to shift the team’s fortunes around.

Everything points towards an easy win for the hosts and we will back Eintracht Frankfurt to win both halves at the attractive 3.25 odds as the main betting option.

We can also see plenty of space for striker Randal Kolo Muani here. The French forward bagged two goals in an exhibition against RB Leipzig two weeks ago. You can back him to score two or more goals here at the 7.00 odds.