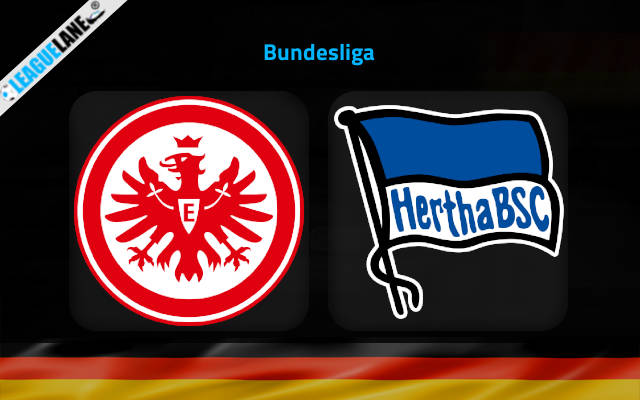 Frankfurt are perennial contenders for the European spots in the German top flight, while Hertha usually have to struggle to keep their place safe in the league. The former have a good h2h record over the past seasons, and are expected to continue that impressive streak this weekend as well.

Frankfurt just recorded a superb 1-2 win on the road against nine-time defending champions Bayern Munich, and definitely are high on confidence. They are on an eight-game unbeaten streak, and only once have they failed to score in Bundesliga this season.

On the other hand, their counterparts lost 1-2 at home against Freiburg, and they had lost five of their former seven fixtures. Their only clean sheet in 2021-22 had come in the DFB Pokal, against a team from lower divisions, and on the road, they have a total of just four wins since September of 2020.

Taking into account these observations, as well as the h2h superiority of Frankfurt, expect a win for them this Saturday at their home.