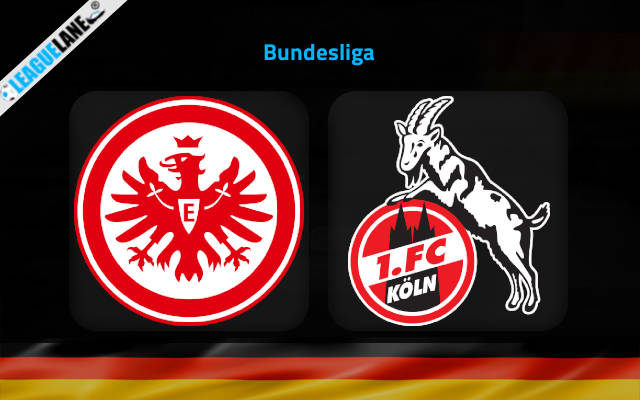 Eintracht Frankfurt will be searching for their maiden win of the season on Sunday afternoon when they play host to FC Koln in the third round of Bundesliga.

The UEFA Europa League winners started the 2022/23 campaign with a demolishing 1-6 defeat to Bayern Munich.

They then fell 2-0 to Real Madrid in the European Super Cup tie in Helsinki before playing only a 1-1 draw away at Hertha Berlin.

Daichi Kamada scored the team’s only goal in the stalemate in the capital last weekend, but we have to say it was a rather another dismal performance from the team led by Austrian manager Oliver Glasner.

Kamada’s equalizer was Frankfurt’s lone shot on target in the entire match against Hertha who by no means belong to the elite of Bundesliga football right now.

FC Koln got off to a much better start to the new season. They took four points from the opening two encounters with Schalke and RB Leipzig.

The Billy Goats have notched five goals along the way. Their chances of getting a result in Leipzig were boosted by Dominik Szoboszlai’s red card just before the break, but it was still a generally decent overall performance from Steffen Baumgart’s men last weekend.

FC Koln are scoring and conceding goals for fun at the start of the season and we expect them to offer us another high-scoring contest here at Deutsche Bank Park.

We genuinely struggle to see the value in backing the out-of-form Frankfurt to win at the 2.05 odds. You can thus take the draw at the much more attractive 3.75 odds.