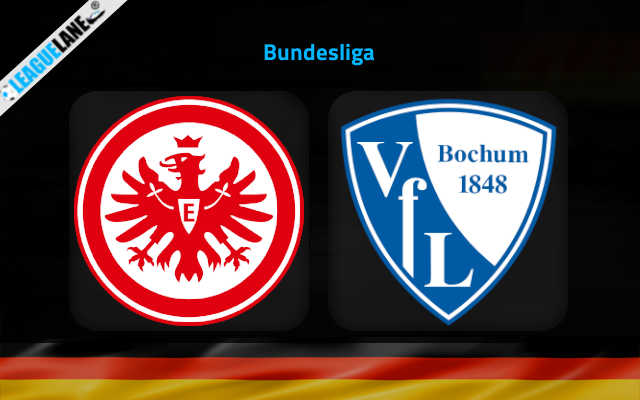 Eintracht Frankfurt seem to have found their shooting boots last week as they bagged six goals in consecutive wins over Hertha Berlin (1-4 last weekend in Bundesliga) and Real Betis (1-2 on Wednesday in UEFA Europa League).

They will be looking to complete this ideal week with another victory on Sunday afternoon when they play host to Bochum at Deutsche Bank Park.

Interestingly, Eintracht are one of the rare teams that have shown better performances on the road than on the home patch so far in the season.

Oliver Glasner’s troops have thus claimed only three wins in twelve Bundesliga fixtures at Deutsche Bank Park in this term of the competition.

After all, the aforementioned back-to-back wins in the last two games came on the road. It will be very interesting to see whether Frankfurt will be able to maintain this fine goal-scoring form here against mid-table rivals who sit just two points below them in the standings.

However, it is worth noting that Thomas Reis’ men have not quite been enjoying a great series of results on recent travels.

Bochum lost 8 of the last 12 away fixtures across competitions, winning only two in the process. They will travel to Deutche Bank Park winless in four straight league games on the road.

Eintracht Frankfurt will enter this tie on a high after a pair of fabulous attacking showings against Hertha Berlin and Real Betis.

The latest head to head games speak in their favor as well which is why the home win looks like the best betting option at the 1.90 odds here.