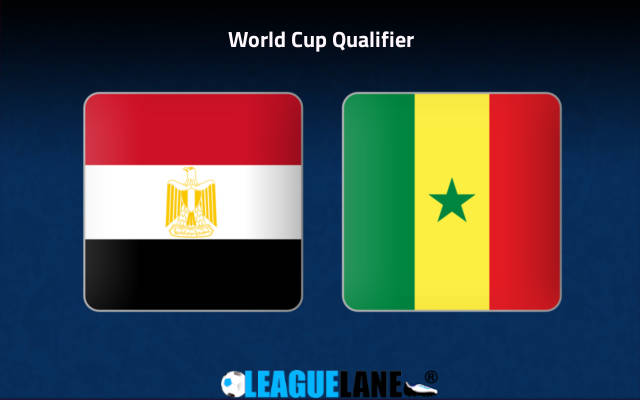 These two are currently the best teams in Africa, and it’s kind of a misfortune that they are pitted against each other for a single ticket to the Qatar World Cup.

This is also the rematch of the latest African Cup of Nations, which saw the Senegalese lift the trophy after a nail-biting final against the Egyptians. And that too after a penalty shootout.

Going on, Senegal had remained unbeaten throughout their qualification campaign, and had also scored the most number of goals in their group. Note that they had also conceded the least in Group H.

Meanwhile, the Egyptians too had a similar campaign in the Qualifiers. They had an unbeaten run all through it, and had scored the most number of goals in the group, as well as had conceded the least.

It goes without saying than an intense rivalry has brewed up between these two squads, and definitely a fierce encounter is on the cards.

By the looks of things, anticipate a closely-fought match-up this Friday. Both teams will be extremely careful not to concede, and probability is very high that we are about to witness a goalless first half.

Egypt had won five of their past six overall fixtures, and the sole loss during this stretch had come against this same opponent in the Cup of Nations Final.

They are also on an unbeaten run at home since July of 2019, and barring a single loss and a draw, this would have been a perfect winning record.

Meanwhile, Senegal are on an 18-fixture unbeaten run, and they had also remained invincible in 24 of their past 25 fixtures. And the last they lost on the road was back in October of 2020.

Considering these observations, expect a hard-fought fixture this Friday. And chances are high for a goalless draw to take place this weekend – at least in the first half.

Tips for Egypt vs Senegal