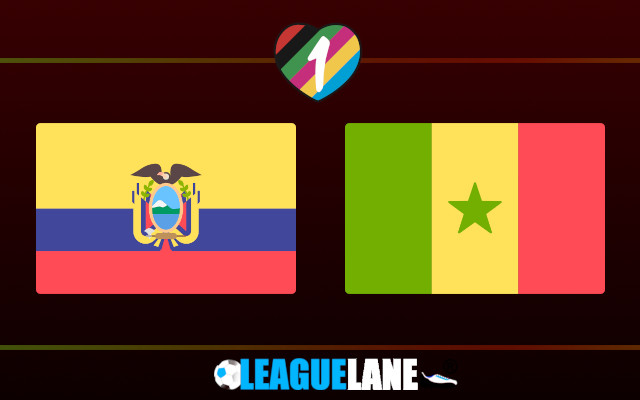 Winner takes it all when Ecuador takes on Senegal in the final Group A game of the 2022 FIFA World Cup.

After the 1-1 draw against the Netherlands, Ecuador are joint leaders of Group A with four points alongside Van Gaal’s team. Now, they just need a point to make it to the round of 16, their second ever knockout appearance at a World Cup.

They will go into the final group game against Senegal as favorites having impressed in defense, given very little scoring for their opponents.

In the final third, Enner Valencia is having a memorable tournament having scored all the three goals for his team. The 33-year old has now taken his goal tally at the World Cup to 6 from five overall appearances.

The Lions of Teranga gave themselves a chance to qualify for the next round after the 3-1 win against Qatar. The final score did look comfortable, but they were under constant pressure from the host nation.

It is almost the same in the opener against Netherlands when they conceded twice in the closing minutes. It is clearly evident that they miss the service of an influential figure like Sadio Mane. The ex-Liverpool and Bayern Munich striker was instrumental in their successful AFCON campaign and qualifying play-off against Egypt.

Senegal are third in the group with 3 points after the 2-0 defeat to the Netherlands on matchday 1. With a point behind the top two teams in the group, they have to win the final group game to make it to the next round. A draw could do the job if Qatar mounts an unlikely upset against the men in Oranje.

Ecuador’s solid defense with Enner Valencia’s presence in the final third make us back nothing less than a win for the South American team.

Also, Senegal’s defense was easily breached by a moderate Qatar attack and could experience the same against a more disciplined team on Tuesday.

We are backing Enner Valencia to score anytime here, the same player we backed and profited in the previous two games of Ecuador.