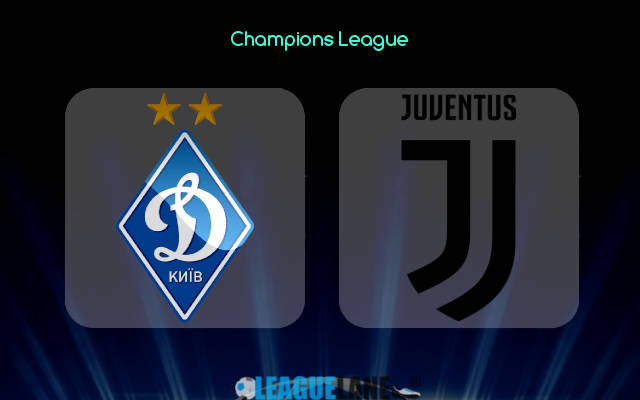 Dynamo Kyiv return to Champions League for the first time since 2016/17 and they kick-off with a tough match against reining Italian champions Juventus.

This is Kiev’s 14th appearance at group stage since they reached the semifinals in 1997/98 season, but the previous 13 saw them failing to reach the knockout stage.

Juventus were eliminated by Lyon on goal-aggregate last season will be aiming for a positive start this term. With FC Barcelona the main rival for top spot in the group, these are the kind of matches to win to stay in the race.

With Cristiano Ronaldo in quarantine, this will be a tough match for the Italians, yet we believe they have got what it takes to do a professional job.

There has been four h2h meetings between Dynamo Kyiv and Juventus and the Bianconeri are unbeaten with 3 wins and 1 draws.

The first of this came back in the 1997/98 Champions League quarter final, they drew 1-1 in Turin before the Italians cruised to a 4-1 win in Kiev.

Overall, Dynamo Kiev have a poor record against Italian clubs, having won just 2 of the 24 duels, drew 8 and lost 14. Even at home, the record read a poor 1 win, 3 draws and 8 losses from 12 games.

Meantime, Juventus with their rich history in Europe, came across Ukrainian clubs very rarely. There has been 8 overall meetings and they won 5, drew 2 and lost 1. The defeat happened in 1976, away at Shakhtar Donetsk, but won in subsequent 3 visits to the country.

Can Dynamo Kiev beat Juventus on Tuesday ? Of course they can and so do any team playing on any other day. But this particular question come from Juve’s poor away record since June, ie 3 draws and 3 losses in 6.

But trust me, you cannot compare Serie A with Champions League and most of those results happened after Juve already having a substantial lead in the title race. This season’s two away games also ended in stalemates, but one of them is Roma (2-2) and they were reduced to 10 men in the weekend’s 1-1 stalemate at Crotone.

And Dynamo Kiev, despite all their might in Ukraine, do not have a good record in the Champions League. They had a good run in 1998/99 making it as far as the semifinals. Since then, they failed to progress beyond the group stage in 13 appearances.

Therefore, it will be wise to back Juve to win here and avoid taking high risk backing the hosts on handicap or double chance.

I will be also backing the correct full-time score 2-1 since the Italians conceded at least once in 6 of their last 7 Champions League away fixtures.