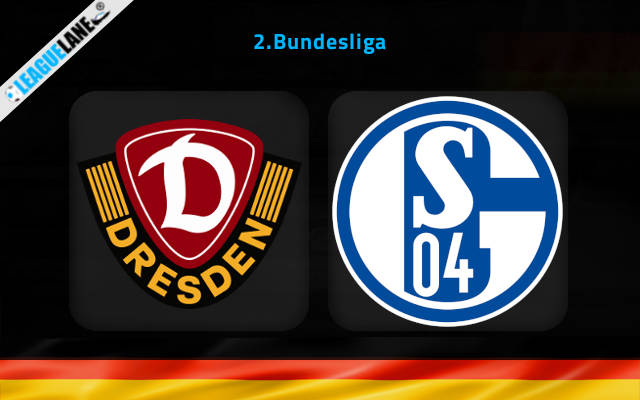 Relegation placed Dresden will host the incoming Schalke who are on back to back league wins, this Friday at the Rudolf-Harbig-Stadion for the 28th Round of 2.Bundesliga.

Schalke sits 4th on the table with a total of 47 points. They have a strong offensive lineup as they are the highest scorers in the league with 54 in total. They won 14 games from the 27 matches played with lacking only a single point from Darmstadt who are in the Bundesliga promotion zone.

The visitors won thrice of their last 5 league games with their latest fixture against Hannover saw a 2-1 win. In their previous 6 outings, Schalke have amassed the sum of 12 goal while having also scored on each one of those occasions. In that time, their defenders saw 8 goals go past them.

On the flip side, Dynamo Dresden is 16th in the league with only 28 points. Of the 27 matches played, they won and drew 7 matches each while losing on 13 other occasions. It has been before 9 league games since they have last seen a victory.

The home side drew their last two games against St. Pauli and Nurnberg, both by 1-1 margin. They have seen their defense breached in 5 of their previous 6 games, giving up 6 goals on the way. A certain improvement in their defense in urgently needed.

Heading into this contest, Dynamo Dresden haven’t won at home in the past 5 league games. They however saw a 2-1 win last week to Liberec on a club friendly held at home.

Schalke remain unbeaten in the last 2 games played on away fixtures and they were able to pick up 21 points on road this season.

The poor form of Dresden at home recently, shows that they could not overpower the visitors. Schalke could probably maintain a cleansheet with scoring more than once this Friday.