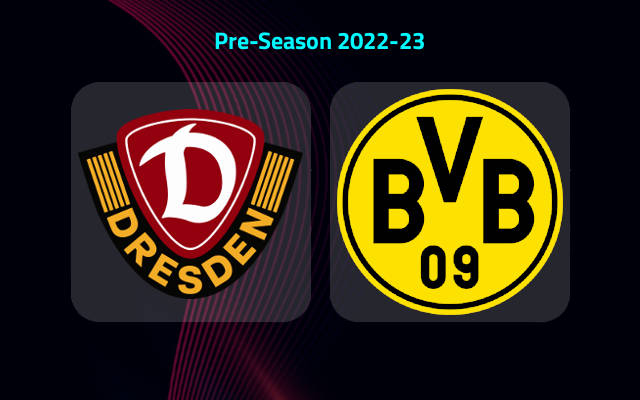 Dynamo Dresden have been going through a disappointing inconsistency of late. The most often outcome recorded by them of recent is a negative display. This includes their recent friendly outings and the last fixtures of the past 2. Bundesliga season.

Dresden were at the danger zone at the end of the season and played a relegation final against Kaiserslautern. They lost the match leaking two unanswered goals. The most recent friendly outing played by them were also a 0-1 negative display.

Meanwhile, Borussia Dortmund had an impressive form throughout the past Bundesliga season. They have succeeded in claiming the second spot of the table, finding a place in the coming Champions League clash. Their offensive and defensive line-up were also having an impressive form.

They were last seen playing a Friendly outing against Luner SV. The match ended up in a 1-3 win for them. They will be having enough of spirits to face their next warm up rivals. Facing a second division will only help them to have more confidence.

Therefore, we can expect a one-sided affair at Glucksgas Stadium when Dynamo Dresden plays host to Borussia Dortmund this Saturday.

Dresden were having a pathetic form throughout the past 2. Bundesliga season. They had the same form at their safe patch too.

On the other side, Dortmund have won some while playing in the top division. They are unbeaten in four of the past five on road outings. The above recording is more than enough to back them in sealing a positive outcome from this fixture.