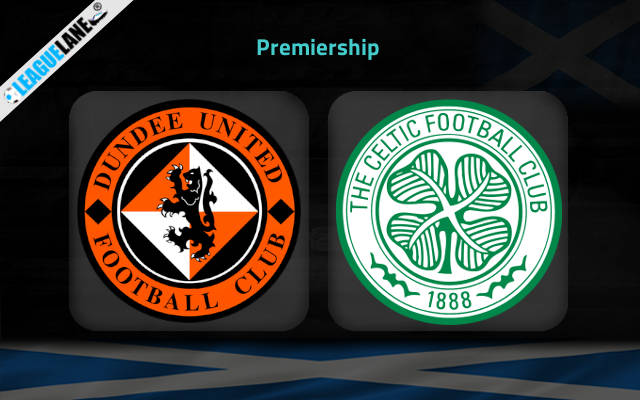 Celtic are the reigning champions of Scotland and they have shown all indications that they will be going after the title once again. Meanwhile Dundee United have been one of the worst teams in the league this time around, and they are yet to register their first win of the campaign.

In fact they have a 100 percentage losing record disregarding a single draw, and they have let in the most number of goals of all the teams in the competition as well. In fact, only one other team has scored fewer goals than them in the tournament.

On the other hand, Celtic have a 100 percentage winning record so far, and are the only team in the competition to boast of this fact. They have also scored the most number of goals of all the teams in the competition and they have let in the least as well.

And as expected they have a dominant head-to-head record against this rival as well.

Considering these observations, expect a victory for Celtic this weekend.

Dundee United are on a 4-game losing streak and they had let in a total of 14 goals from their past 3 fixtures combined. They were also winless in 17 of their past 21 overall matches. Do also note that they were winless in 13 of their past 17 appearances in front of their home crowd.

On the other hand, Celtic are on a 5-match winning streak and they had scored 2 or more goals in their last 11 fixtures in a row. Moreover, the last they lost on the road was back in February and before that in November.

Considering these observations, as well as the head-to-head superiority of Celtic, expect a win for them this Sunday.

Tips for Dundee United vs Celtic