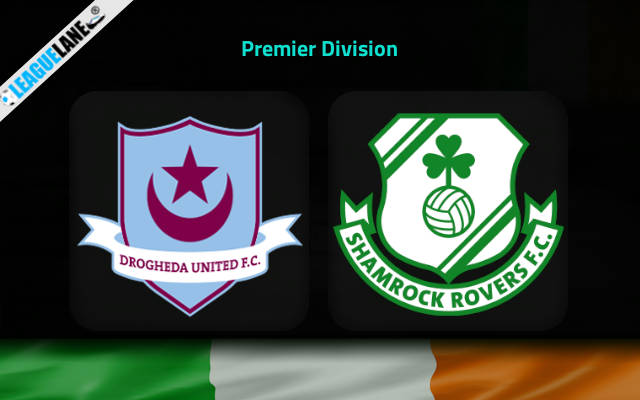 Drogheda United seems to be in a bit of trouble with their form in the recent matches. The team has failed to secure a win in their last five matches and has lost consecutively in the last four as well. With seventeen matches in the past, the team secured wins in only three. From the remaining matches, the team has got four wins and eight losses. The team currently stands eighth on the league table with 13 points from their matches.

Drogheda United played their last match against Shelbourne. Shelbourne scored the only goal of the match, leaving Drogheda goalless, ending the match with 1-0 FT score.

Shamrock Rovers have shown strong form in the matches, making them one of the top contenders of Premier Division. The team has not had a loss in the last thirteen matches. They currently stand first on the league table with 39 points. They are seven-point ahead of the second team on the league table. At the moment, the team has won consecutively in the last four matches.

Shamrock Rovers played their last match against UC Dublin. In the match, Shamrock scored three goals while Dublin could score none, ending the match with a clean sheet for Shamrock.

Drogheda’s home matches have brought in mixed results for the team. They have won in two, drawn in two and lost in three of their matches. The Rovers had a rocky start to their away matches this season. However, they have improved their form, getting an unbeaten streak of five matches on their road trips.