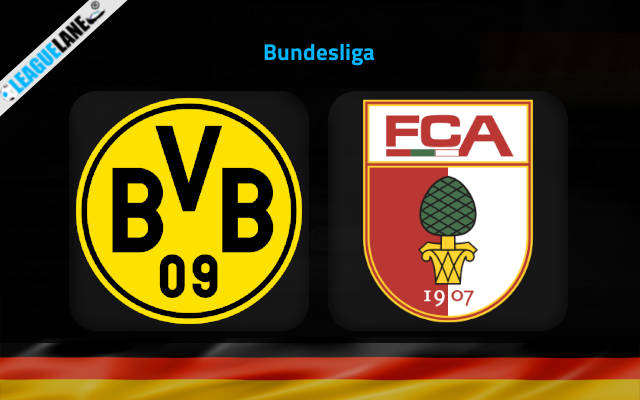 They look sharp and ready to respond with a strong campaign in the second half of the season. Head coach Edin Terzic can be pleased with the performances his men have shown in the recent mid-season friendlies.

BVB thus bagged eleven goals in the last two wins over Fortuna Dusseldorf and Basel. Sebastian Haller came on as a second-half substitute in the last Friday’s exhibition against Basel to bag a hat-trick and set the final score of 6-0 on the occasion.

Borussia Dortmund will thus enter the Matchday No 16 clash against Augsburg on Sunday afternoon in the highest of spirits.

They have almost the full roster available and we can expect an exciting and inspiring performance from their main stars.

Augsburg are by no means a team Dortmund should be afraid of. The visitors are winless in seven consecutive league games.

They have conceded at least two goals in five of the previous six Bundesliga matches. This will be the music to the ears of Dortmund’s main players.

We should also mention that Borussia Dortmund have managed a fantastic home record in the first half of the season, despite a dismal overall campaign.

They still have five wins, one draw, and one defeat in seven league outings at SIGNAL IDUNA PARK.

This match has goals in it and we expect the majority of these (if not all) to be scored in Augsburg’s net. The hosts will be super motivated to bounce back from the last two losses in November and Augsburg have been easy to break down in their recent fixtures.

The min pick will be Borussia Dortmund to win both halves at the 2.75 odds. We will also back the hosts to win 4-0 as the correct score pick at the 15.00 odds.