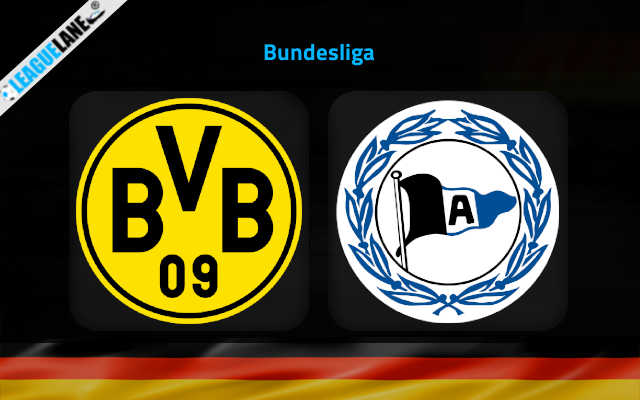 Borussia Dortmund had their game against Mainz postponed last weekend, meaning they have not been in action in two weeks.

Since Marco Rose’s men were also eliminated from the UEFA Europa League at the hands of Rangers in the last 32 round, they can now shift the full focus on to Bundesliga.

A full-rested Dortmund will thus be huge favorites to dispatch the relegation-threatened Arminia Bielefeld on Sunday afternoon when the two teams are set to come across each other in Matchday No 26.

Dortmund are nine points behind Bayern Munich at the top of the standings but have a game in hand on the Bavarians, meaning we can easily look at the gap as a six-point one.

Rose’s troops have been dominant at Signal-Iduna-Park so far in the season, winning 10 of 12 league matches there.

They destroyed Borussia Monchengladbach 6-0 in the previous home fixture. We shouldn’t expect such a high-margin win this time around, but Dortmund should most certainly come on top on Sunday against Arminia Bielefeld who have not been at their very best in the last couple of weeks.

Bielefeld will travel to Dortmund off the back of consecutive defeats to Bayer Leverkusen (3-0 on the road) and Augsburg (0-1 at home).

The visitors have failed to score a single goal in the process and they failed to register more than a single shot on target in the last weekend’s home defeat to Augsburg.

Everything points towards an easy and straightforward victory for Borussia Dortmund and will back them to beat Arminia by at least two goals difference at the odds of 1.65.