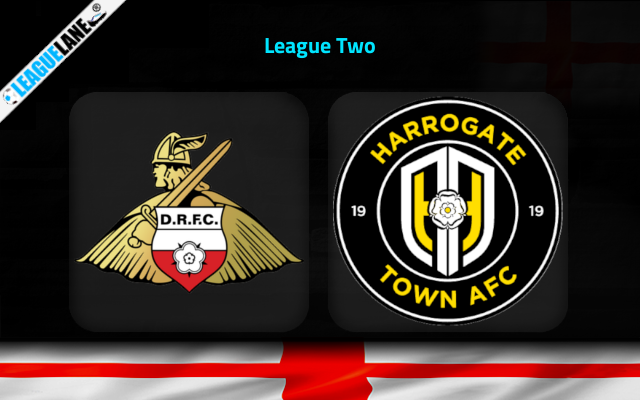 Doncaster vs Harrogate Predictions and Free Tips from our expert tipsters when the teams go head-to-head in the England League Two on Saturday, 17 December 2022.

Doncaster will be hoping for a repeat of their previous result after a 0-1 League Two victory against Newport. They are currently at 10th position in the league standings.

Meanwhile, Harrogate have been displaying a positive pickup in form lately. They are on a two-fixture winning streak in the league. Six points from the last two outings helped them to climb into a spot outside the relegation spot.

This will be marked as their second head to head meeting. Their only meeting was in a friendly fixture last year and the match had finished in a 2-3 win for Doncaster.

Who will win the match between Doncaster vs Harrogate?

Harrogate have won their last two games and currently have a better positive consistency than Doncaster, who lost two of the last three.

However, we are quite not sure whether Harrogate can beat the hosting Doncaster with such a form. Thus, it is really hard to pick a winner from these two.

More than half of the games played by these two teams were high-scoring affairs. The recent fixtures of Doncaster and Harrogate also had over 2,5 goals ft. Therefore, we expect this match to have over 2.5 goals ft.

Both teams have an equal goal number when looking at their attacking stats. Both the teams have scored a total of 24 goals. Since neither of these two are in possession with a decent defense, expect goals from both ends.

Looking at these two, we feel that Doncaster and Harrogate could both find themselves scoring one at least in a highly competitive fixture between the two teams.

Considering all these observations, we like to place the both teams to score option at 1.73 odds as the main bet for this one. For the second tip, we are picking the over 2.5 goals option at 1.93 odds.