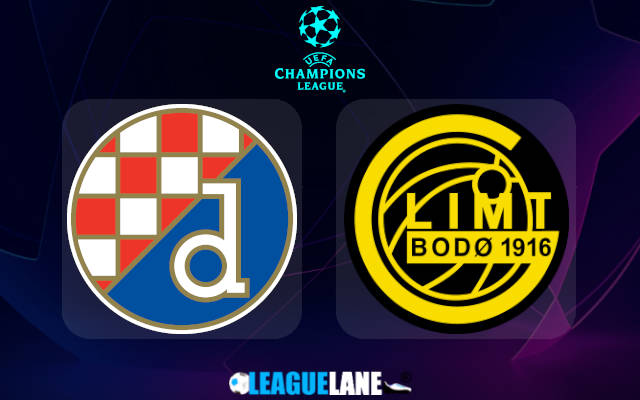 Bodo/Glimt will carry a minimal one-goal advantage to Stadion Maksimir where they will meet Dinamo Zagreb in the reverse fixture of the UEFA Champions League playoffs on Wednesday evening.

The Norwegian champions deserved the win in the first leg eight days ago being slightly better of the two outfits.

Kjetil Knutsen’s men had as many as 18 attempts but only 2 went on target. Luckily for their fans, one of these finished behind Dominik Livakovic. It was Amahl Pellegrino’s strike late in the first half of the affair.

Pellegrino is generally Bodo/Glimt’s best player. The Norwegian winger has 19 goals in 17 appearances this season in Eliteserien.

Speaking of Eliteserien, Bodo/Glimt snapped their winning thread there by drawing 2-2 to HamKam on Saturday in a match in which Pellegrino scored a brace.

Bodo/Glimt are now third in the Eliteserien standings with seven points between them and leaders Molde after 19 rounds.

Dinamo Zagreb, on the other side, are five points clear at the top of the Croatian 1. HNL ladder thanks to a run of five wins and a draw in the inaugural six rounds.

Dinamo Zagreb do not have genuine competition in their country. However, we must say that the Croatian champions have also done very well outside of their country’s borders in the last several years.

Dinamo Zagreb have regularly been playing the group stages of either Champions League or Europa League in the last several years.

Dinamo survived the first leg with just one goal in their net. Bodo/Glimt have shown much better displays at home than on the road in Europe recently.

Knowing that Dinamo Zagreb have a strong European pedigree and that Bodo/Glimt lost three and drew one of four away outings in the Champions League qualifications in the last two years, we have to take the Croats to win at the 1.83 odds. The value is also decent with the Under 2.5 goals FT pick at the 2.20 odds since we’ve only seen five shots on target in total from both teams combined in the first leg.