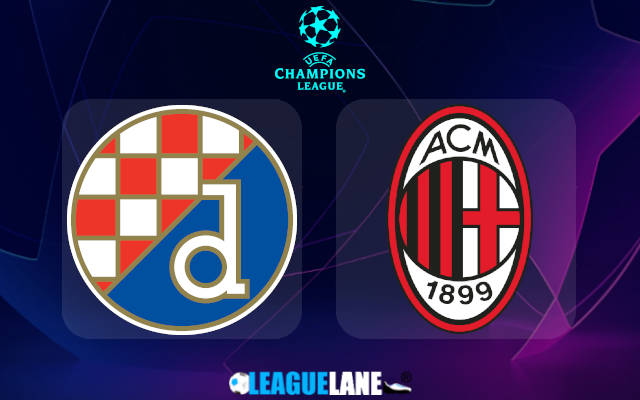 AC Milan might be placed third in the table at the moment, but they still are not out of contention for a ticket to the knockouts. They need to make sure they win this Tuesday against minnows Dinamo Zagreb, who remain winless since the first match-day in the competition.

Zagreb were lucky enough to defeat Chelsea in their opener, for a sole unanswered goal. But ever since they have remained winless – and barring one draw during this stretch, they have a 100% losing record too.

It goes without saying that they scored the least number of goals of all the teams in the group, and offense is not something that is considered to be their strong suit.

Meanwhile, Milan are on a good streak of performances in the Italian top flight, and they even did deliver some great results in the CL. The only blemish for them would be their encounters against toppers Chelsea.

Anyhow, the Italian champions are placed third in the table, trailing two points below Salzburg. However, Salzburg are pitted against Chelsea this game week, and are expected to lose.

This is possibly the only opportunity for the Serie A title-holders to keep their Champions League campaign alive. They need to make this game count, and they will try to derive confidence from their dominant h2h record against this opponent.

Milan lost just against three teams in the whole of 2022 till now – Inter, Chelsea, and Napoli – some of the best teams in the continent.

Furthermore, a win is of utmost value to them this Tuesday, and we can count on them to be in the best of their shapes.

On the other hand, Zagreb are a team from outside the top-five leagues of Europe, and they are already placed bottom-most in the table. They do not stand much chance against the champions of Serie A.

Expect AC Milan to post the three points on the board. Moreover, expect goals in plenty as either team will give it their best shot for the win.