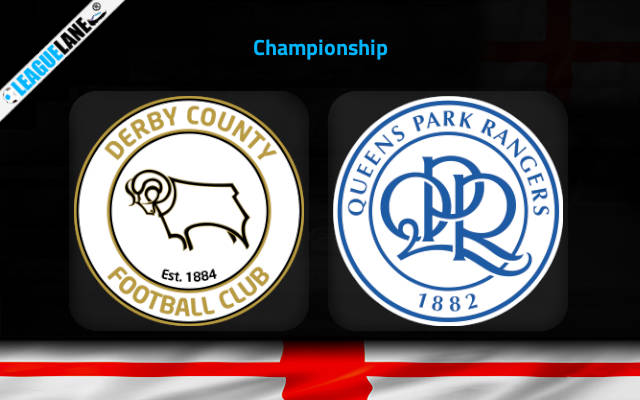 With a goal less draw against Fulham; the table toppers in the league, Derby hopes to repeat the same or to snatch a win against QPR as they invite them to their home ground. The visitors with 5 games unbeaten, seek to extend their lead as they visit the hosts at Pride Park this Monday.

The Rams sits at the last spot on the table with only 10 points from the 19 matches played. They have the highest number of draws in the league standing at 10. They won 4 matches while losing 5 of them.

It’s been seldom in recent games that they have managed to hold out for a full 90 minutes. They began gaining momentum after winning against Bournemouth by 3-2 and drawing Fulham in a goal less match.

QPR is at the 4th spot in the zone of Play-offs having 32 points from 19 matches. They won 9 games while drawing and losing 5 games each. They are unbeaten in 5 games with 2 back to back wins against Huddersfield and Luton.

In 6 of the previous 6 games involving the R’s, a notably low volume of goals have gone in between them and opposing teams. Their goals to conceding ratio is 31:24.

The visitors haven’t been beaten by the Rams in games played away from home for the previous 2 league games and also they are undefeated in their previous 2 away league matches. Therefore, we are anticipating a narrow win for QPR.