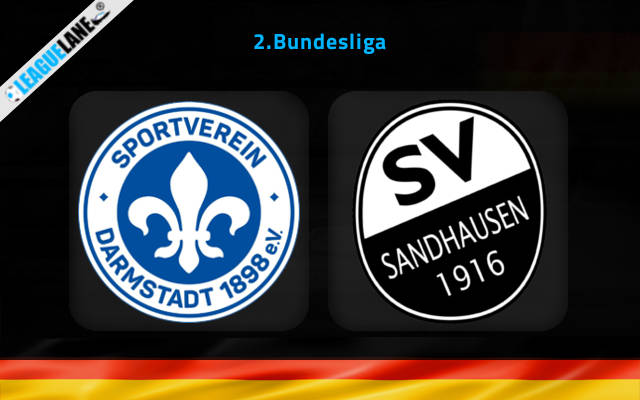 Darmstadt were one of the best teams in the German second division the last season and they had missed out on a top-3 finish by a tiny margin of points. Meanwhile, Sandhausen should count their lucky stars, as they hung above the relegation cut-off by a thread.

Sandhausen had remained winless in 24 of their total 34 league games the last season and all along they had let in goals in huge numbers. They have also been a mess on the road for quite some time now and their struggles with defense have accompanied them in these matches as well.

Meanwhile, Darmstadt were level on points with a 3rd placed team the last year and it pains them that they could have had a shot at securing a ticket to the top flight if only their goal difference was slightly better. It also needs to be mentioned that they were just 5 points below the champions.

Going on, they also have a positive head-to-head record against this opponent over the years.

For the reasons, expect a victory for Darmstadt this Friday in front of their home crowd.

Darmstadt were unbeaten in 7 of their past 9 overall fixtures and in the process, they had gone on separate 2-game as well as 3-match winning streaks. Do also note that they had scored 4 or more goals in 3 of their past 5 overall matches.

Moreover, they have also been defeated just thrice at this venue in the past one year and in the process, they had even gone on a 6-fixture winning streak.

On the other hand, Sandhausen were winless in 10 of their past 15 road trips, and they had failed to keep clean sheets in 7 of their previous 8 away matches as well.

Taking into account these observations, as well as the head-to-head superiority of Darmstadt, expect a win for them this Friday.

Tips for Darmstadt vs Sandhausen