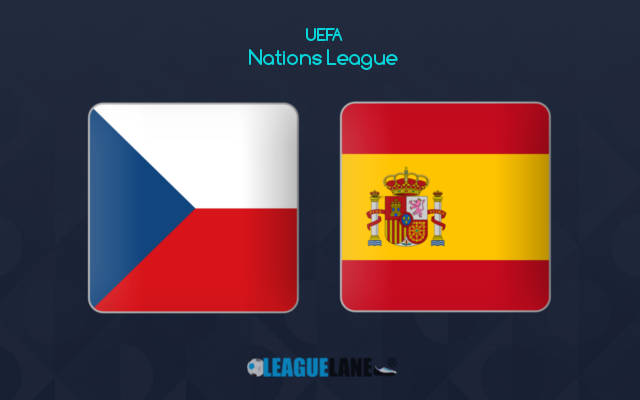 The Spaniards were on course to lift the previous edition of the Nations League. They were leading by one goal till late in the final of the competition, before the French managed to script a magnificent comeback.

This time around they will be determined to make amends for that near miss and will try to start their new campaign on the best of notes.

It was also heart-breaking for them as they were clearly the better team in the semi-finals of the recently-concluded Euro Cup. However, they had to bow out against eventual champions Italy in a tightly-contested fixture which was settled by penalties at the end.

Luis Enrique really have brought forward a crop of young Spaniards who are able to challenge for all titles. He is determined to once again bring back the golden period of domination by the Spaniards.

Meanwhile, Czech Republic had to face heartbreak in the recently concluded World Cup qualifiers. They were part of the playoffs and were eliminated by Sweden the semi-finals.

This obviously will take some fire away from them and their recent form has not been that impressive as well. On top of that they also have a poor head-to-head record against this rival over the last several years.

For these reasons expect Spain to be the better team on the pitch by all means this Saturday.

Czech Republic are on a 2-game winless run and they had also remained so in 5 of their past 8 fixtures. They had finished 3rd in their World Cup qualifiers group and even though they secured an entry into the playoffs they were eliminated in the first knockout fixture itself.

On the other hand, the Spaniards are on a 4-fixture winning streak and they had also won 7 of the past 8 games. Do also note that they had scored a total of 18 goals from these 8 fixtures as well.

Taking into account these observations, as well as the head to head superiority of Spain over the years, expect a win for them this Saturday.

Tips for Czech Republic vs Spain