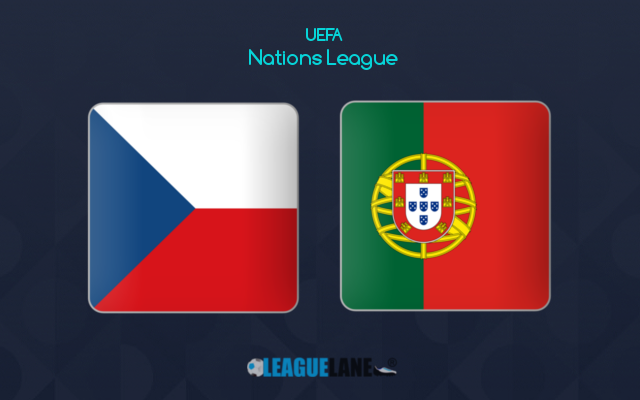 Portugal will be at Fortuna Arena on Sunday for the Nations League meeting with home side Czech Republic.

The hosts will be wanting a better result here following a 1-0 Nations League defeat last time out to Switzerland. However, they are still in possession of the second spot of the league table, just a point behind the Spanish side.

A series of very capable showings from the Portuguese defensive players has seen their goals against tally amounting to 2 from their past 4 outings.

Czech Republic will be hoping to bounce back here following a 2-0 loss against Spain in their previous game. It was their second consecutive defeat in the Nations League.

It has not been often in recent times where the Czechs have shown defensive steel. The reality is that Czechs have failed to prevent opponents from scoring in their previous six overall clashes, shipping 9 goals on the way.

Do also note that they lost to Portugal in the reverse fixture with 2-0 ft score. Also the prior head to head meetings with Portugal shows that, Czech have been beaten in the last 3 games.

The Czechs are on a 3-game winless run and 2 of these were losses. Do also note that they had conceded 2 or more goals in 3 of these fixtures too.

On the other hand, Portugal have lost just thrice in the past 15 overall fixtures. Going on, they have scored in their previous 7 fixtures, shipping 13 goals during that time.

Considering these observations, Czech Republic might find it tough getting on the score-sheet, while Portugal should be able to turn a few of their chances into goals.