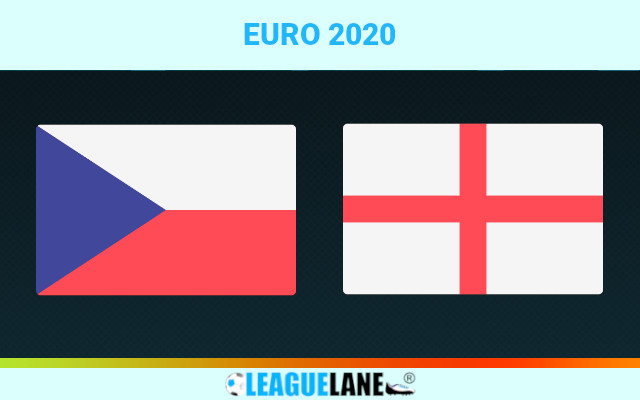 Level on 4 points, England take on Czech Republic in the final Group D game, the winner has the potential to win the group.

Though started as heavy favourites, England were tamed by Scotland, in the oldest international football derby.

The creativity from midfield once again to blame for the result, the three points could have even gone to the other side if not for the safe hands for Jordan Pickford. Also, take nothing away from the Scots, they performed admirably well and the result is nothing much than deserved.

A draw is enough for England to go through from the group, may not be as group winners, since both Croatia and Scotland cannot finish above them. Czech Republic is top of the group with a superior goal difference of +1 and this could be only undone by a win here.

The Czechs were once again brilliant, though they had to be satisfied with a 1-1 draw against toothless Croatia.

Patrik Schick’s penalty made the difference and the Bayer Leverkusen striker has three goals from 2 games. At the same time, the likes of Jakub Jankto and Vladimir Darida were brilliant in the midfield.

Coming as huge underdogs in the group, they will be happy with the results so far, yet the job is not finished, they need another professional performance here.

Jaroslav Silhavy remained coy on Patrik Schick’s fitness after the injury he picked during Czech Republic’s penalty that led to the goal against Croatia. He could be available to play the entire 90 minutes, if not at least some part in Tuesday’s game.

There are no other players missing through injuries of cards and we do not expect any change to the starting lineup for Tuesday.

Gareth Southgate will be forced to make changes with Mason Mount and Ben Chilwell going into self-isolation after contacting Billy Gilmour, the Scottish team is tested positive for Covid-19.

We may finally to see Jack Grealish in the starting eleven alongside Rashford and Sancho if Southgate decide to rest Phil Foden following a second yellow in the match against Scotland.

There might be some rotation in the back four as well, especially with Harry Maguire attaining match fitness, while Kyle Walker and Kieran Trippier are options on the wings.

Jordan Henderson is also pushing for a start, could rest one of Rice or Phillips.

The most recent duel happened during the Euro qualifiers in 2019. The first leg saw England earning a memorable 5-0 win at the Wembley Stadium. Sterling bagged a hattrick, Kane scored a penalty before Kalas completed the scoreline with an own goal in the final minutes.

The reverse leg however saw the Czech team bouncing back with a 2-1 win at Prague after Harry Kane put the Three Lions in front from the penalty spot.

Big teams silence their critics by responding on the football field and this is what fans expect from Gareth Southgate and his men on Tuesday. If you need some inspiration, just look at what Germany did to Portugal.

However, I fail to see anything similar to that from this English side that looked out of cohesion and ideas to open opposition defense with some effect.

Czech Republic with 4 points are in a different position, many people wrote them off before the start of the tournament, but this is a team that plays with hearts on their sleeves.

Jaroslav Silhavy will not mind a point here and their tactics will be similar as in the games against Scotland and Croatia. That is to sit back and absorb the pressure and look for those limited opportunities on the break. Even a 1-0 or 2-0 defeat may not halt their journey to the knockouts. Four points they already have, is a magic number to progress as one of the best third placed teams.

So, for the picks, I see this as a low scoring game with England at this point ready to take any kind of win and Czech will be more keen to preserve their goal-difference.

And regarding the full-time result, if drastic changes in personal and style of play is not brought on to the pitch, England will not win this game.