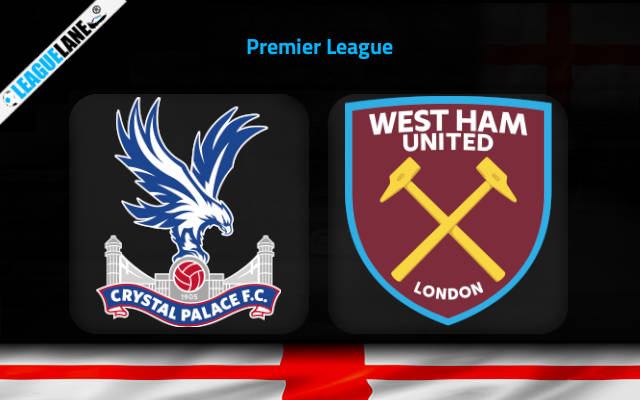 West Ham will cross River Thames as they head to Selhurst Park on the first day of 2022 to take on Crystal Palace in a Premier League fixture.

After failing to taste victory in their previous five fixtures across all competitions, the Hammers were able to seal all three points against Watford away from home in a comfortable manner as the match ended with a score line of 1-4.

With two wins, two losses and a draw from their previous five fixtures, the club is currently 5th in the league. They do have Man United and Spurs breathing down their necks, both clubs having two games in hand over the Londoners.

The Eagles will head into the fixture having dropped eleven points in the month of December, having managed to gain seven points from those fixtures.

They were last seen in a comfortable 3-0 win against Norwich City away at Carrow Road, despite the absence of Zaha due to suspension.

The club currently sits 10th in the league and are eight points behind their opponents for this Saturday.

The Glaziers have not produced their best performances away from home. Especially, against teams in the top half of the table. However, the club has been formidable at home with just a loss this season in home fixtures.

On the other side of things, their opponents have just a win in their previous five fixtures on the road. Additionally, they have lost thrice in those fixtures. Considering the observations I have backed the hosts with an Asian handicap.

The Irons have struggled for goals in away fixtures recently disregarding their fixture against Watford. The club interestingly has not scored more goals in the first half in any of their away fixtures in the league since May. Considering this pattern of their scoring, I have backed them to have a higher scoring 2nd half.