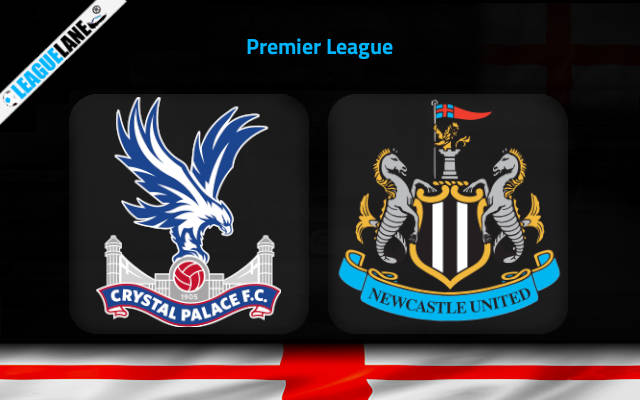 Crystal Palace will continue their tough schedule on Saturday afternoon when they take on Newcastle in the last game of the day in the Premier League.

The Glaziers are not enjoying their best run of form these days. They have lost four of the last five matches in all competitions since the Boxing Day and the 0-3 failure against Fulham.

Head coach Patrick Vieira can be worried about both attacking and defensive performances his men have shown in the recent weeks.

Palace failed to find the back of the net in three of four Premier League matches after the World Cup break, including the 1-0 defeat at Chelsea last Sunday.

They were also in action in mid-week against Manchester United (the postponed fixture from Gameweek No 7), meaning fatigue may play role when they come face to face with Newcastle on Saturday.

The visitors enter the game in much higher spirits. They were struggling badly to break the deadlock against Fulham six days ago but eventually managed to find the late winner through substitute Alexander Isak.

The Magpies have the best defense in the league by a mile. They have kept five successive clean sheets going into this tie.

Newcastle have the best defensive line in the league, while Crystal Palace are struggling badly to deliver offensively these days. The away win to nil seems to be the way to go and we will back this scenario at the odds of 3.00.

Callum Wilson is finally fit enough to be in the starting lineup. He missed numerous chances last weekend against Fulham but we do see the value in backing Newcastle’s striker to score anytime on Saturday at the odds of 2.60.