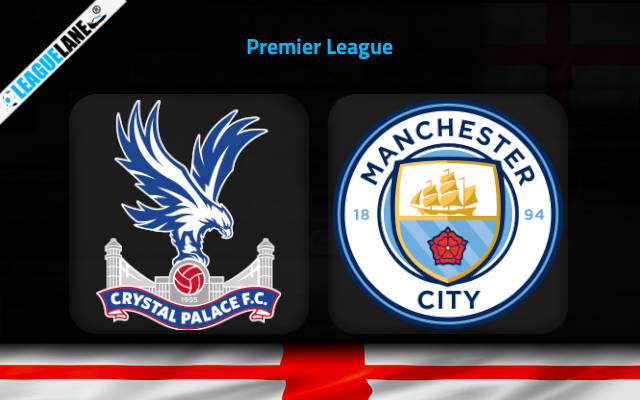 Crystal Palace host Manchester City in the last game of Matchday No 29 in Premier League on Monday evening at Selhurst Park.

The Citizens go into the tie as massive favorites, much like they do against almost any other team in the division.

They went on to secure the UEFA Champions League quarterfinal with an easy goalless draw to Sporting Lisbon at home on Wednesday evening.

Manchester City have 16 wins in the last 18 Premier League outings. They boast the best defensive record in the division with 18 goals conceded in 28 matches so far.

Crystal Palace are 11th in the league table at the moment. They will also come into this game encouraged after a streak of three wins and a draw in the last four matches across competitions.

The Glaziers advanced to the FA Cup quarterfinal by beating Stoke City 2-1 on the home patch. They have backed up this win with an impressive showing in a 0-2 victory over Wolverhampton Wanderers away at Molineux Stadium.

However, it is also worth noting that Crystal Palace took only one point in the last four Premier League matches on the home patch.

It is very hard to back anything other than the Manchester City victory here. The visitors are miles ahead of the rest of the league and they have shown strength once again last weekend by bagging four goals past Manchester United in the city derby.

Manchester City to win to nil is the way to go at the 2.00 odds, while you can also try with the Citizens to win by two or more goals difference at the 2.05 odds.