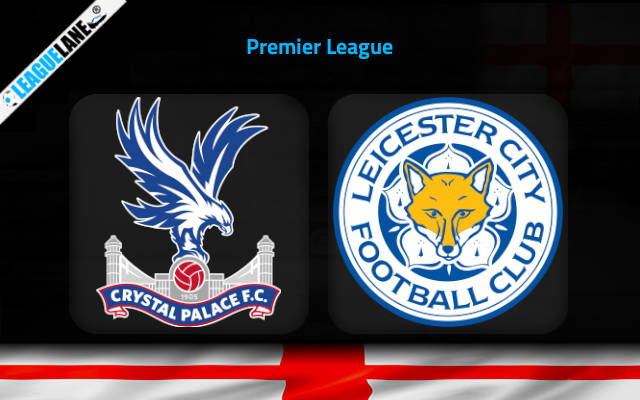 The Foxes are yet to get into rhythm in the Premier League. They are one of the titans of the English top flight for sure, but so far they have failed to showcase that quality this season.

Meanwhile, the rest of the contenders have been on a roll, and this has put the team under further pressure.

They need a monstrous performance to get their campaign into track, and each passing weekend, their top-four hopes diminish.

They have got a great opportunity coming up, as they are pitted against the struggling Crystal Palace. Not only have Palace won just once so far this season in the PL, but they also had to settle for a 14th place finish in the league in 2020-21.

Note that, at the same time, Leicester had finished fifth in the table, and that too trailing just three points below third-placed Liverpool.

Going on, the Foxes also have a great h2h record against this rival, and for all these reasons, expect a win for Leicester this weekend.

Be that as it may, Palace are on a great run at home lately, and they even had defeated the Spurs with a 3-0 scoreline here. As such, a clean sheet looks unlikely for the Foxes.

Going on, Crystal Palace have won just once this whole season, and it was against a ten-man Spurs. On the other hand, the Foxes are one of the best teams in the PL, and they are desperate for a huge win, as they are gunning for a top-tier spot.

Do note that Leicester have been the better team in h2h meetings in recent years. And likely, expect them to emerge victorious this Sunday.

Be that as it may, owing to their defensive issues, and the performances of Palace at home, expect the hosts to find the back of the net at least once.