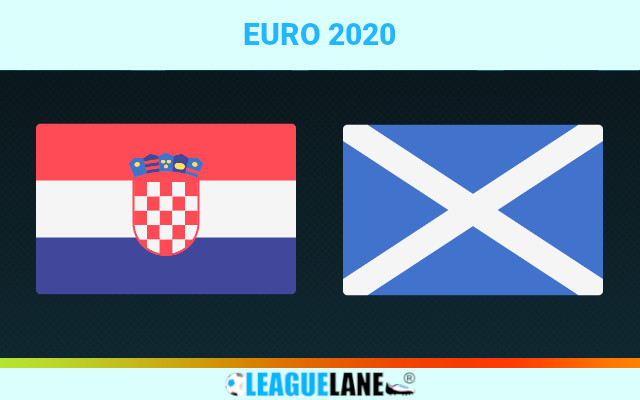 Croatia and Scotland battle for the third spot in Group D with England and Poland almost certain to hold on to the top two spots in the group.

Improvements were expected from Croatia after the narrow 1-0 defeat to England. But it was yet another dismal performance against Poland, though they managed to get away with a 1-1 draw against Poland.

With 1 point from 2 games, the team managed by Zlatko Dalic are third in the group.

A win here could change the complexion of the group completely, they could even finish second. But this is easier said than done with the Scots coming on the back of a morale boosting result against the Three Lions.

The Scots were nothing but impressive in the goal-less draw against England as they also denied their neighbours any clear-cut chances. If we talk about scoring chances, it was Scotland who had the better chances and then even managed to force Jordan Pickford to pull some brilliant saves.

Still, Steve Clarke will be happy with the point, they have a chance to get to 4 points and finish third regardless of what happens in the England vs Poland game.

Borna Barisic was the only player unavailable for last game with an injury and he is fit enough to play some part on Tuesday.

Bruno Petkovic looked solid after coming off the bench against Czech Republic and if he gets a start then Brekalo could be relegated back to the substitute bench.

Zlatko Dalic went with a more offensive formation against Poland, which saw one of Brozovic or Kovacic start alongside Modric in the central midfield.

Billy Gilmour is tested positive for Covid-19; however, the remaining 25 players are fit enough to start for Tuesday’s clash. This means the return of Jack Hendry to the defense with Scott McTominay moving into central midfield.

Other than this force change, Steve Clarke’s starting line-up against Croatia will be the same to the eleven started on Friday.

Surprisingly Scotland are unbeaten in the fiver overall head-to-head meetings with Croatia.

They last met in 2013, World Cup qualifying group fixtures and Scotland won both 2-0 home and 1-0 away. All previous three meetings were draws.

We have seen under 2.5 goals in each of those five meetings.

This is a crunch match for both teams and nothing less than a win could help them at the end of the day.

Croatia looked blunt in attack in their both group games and this is a problem they have since some months now. This could cost them points while coming against a team like Scotland, a team that gives you little space in midfield and attack.

Scotland, despite their results, impressed on many counts. While their defense and midfield work very hard to retain ball possession, they lack an out and out striker. Though Che Adams and Lyndon Dykes managed to put both Czech and English defenses under threat on several occasions.

If one of these two clicks on Tuesday, this is going to be a very different kind of battle and it will not be easy for the Croats in a stadium like Hampden Park.