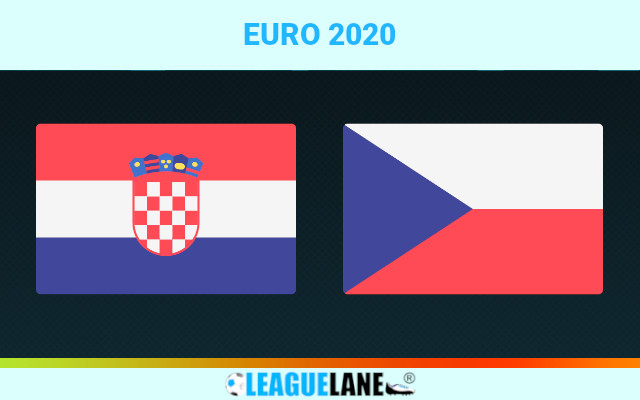 Having lost to England on matchday 1, Croatia must defeat Czech Republic in order to stay in the race for knockout qualification.

Meanwhile, Czech Republic did well to get the better of Scotland at Hampden Park with 2-0 win scoreline. Both teams had several chances to score, but it was the brilliance of Patrik Schick that made the difference at the end.

The World Cup runner up Croatia had some good spells against England, yet created no clear chances and a moment of brilliance from Kevin Phillips who sent a through pass to Sterling to score the eventual winner.

Zlatko Dalic could tinker with the eleven that started in the defeat to England at Wembley on Sunday.

Though options remain limited in midfield, Domagoj Bradaric is an option at left-back for Josko Gvardiol and Dejan Lovren could compete for a place in central defense with Caleta-Car.

Jaroslav Silhavy has no reason to change the eleven that earned vital three points at Glasgow, unless for any last minute injuries.

There have been just 2 official head-to-head meetings between Croatia and Czech Republic and one of them happened in the Euro back in 1996.

The match was also their second group game, played at Saint-Etienne in France. It was an absolute thriller and the teams shared the spoils with a 2-2 stalemate.

Perisic and Rakitic put the Croats in front and were looking good for a win before Milan Skoda and Tomas Necid completed the comeback in the final 15 minutes.

The previous was a friendly in 2011 and Croatia won 4-2 with late goals after the score tied 2-2 at half-time.

This Croatian team has been struggling for goals for some time and it is high time they find a fix to their troubles. They managed to score more than 1 goal just once this year and that was against minnows Malta.

Creating scoring chances remains a worry too and I cannot pick anyone other than Luka Modric or Ivan Perisic to make an influence in the final third.

Czech Republic came to the tournament as huge underdogs and the win against Scotland, a team that defeated them twice in the UNL last season is a big morale boost.

Moreover, this team has recently troubled Belgium and held them for a 1-1 stalemate. Though they tend to flop often against the top 10 ranked teams, they have players coming on the back of excellent domestic seasons.

As mentioned earlier, scoring goals remains a problem for this Croatian team and I have no conclusive evidence for a change to this in Friday’s game.

Results outside their home soil remain extremely poor, 2 wins from last 15 since their adventures at the World Cup 2018. Though they met some strong teams during that period, they lost to the likes of Hungary, Sweden and Slovenia and were held to draws by Turkey and Azerbaijan.

Czech Republic are no better outside the home country, but they come here with minimal expectations and having bagged a win against Scotland already, pressure will be low on them.

However I analyze this game, how deep I dig into data and facts, a big upset is on the cards at Hampden Park on Friday.

I am impressed by Patrik Schick, the Bayer Leverkusen hitman is a threat with feet as well as head and he is my selection to score anytime in this match.