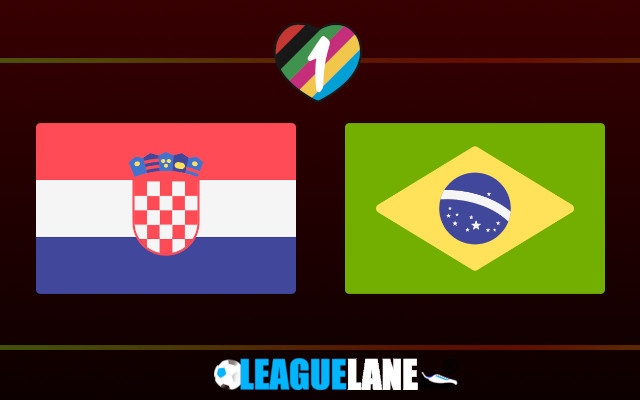 Croatia vs Brazil Predictions and Free Betting Tips from experts when they go head-to-head in the World Cup 2022 quarter finals on Friday, 9 December 2022.

Brazil had to produce a big performance in the round of 16 against South Korea and failing against Cameroon in their final group game. They left no doubts for critics and proved that they are genuine title contenders with the 4-1 win against the Asian team.

Neymar’s return from injury proved vital and the PSG man inspired the stellar performance. It is now clear that this team is unstoppable with Neymar in the mix despite the front three of Richarlison, Vinicius and Raphinha delivering the final punch.

Croatia’s round of 16 against Japan is solely down to one man’s performance. The goal keeper Dominik Livakovic, who made three saves in the shootout.

Japan was always going to be a tricky opponent and they had already defeated Spain in a match with less than 20% ball possession and knocked out Germany from the competition.

Probably, this is why Croatia approached the game cautiously and had no strong grip through the 90 minutes plus extra time.

And it is no secret that they look like a shadow of the team that reached the finals in 2018. Other than the 4-1 win against Canada, Modric and Crew drew three games and won’t be surprised to see them exit on Friday.

The teams met on two occasions at the World Cup, both in the group phase and on matchday 1 of the competition. Brazil tasted victory both times, 3-1 in 2014 with Neymar netting a double. The previous was a narrow 1-0 win in 2006.

Who will win the match between Brazil and Croatia ?

Our tipsters are unanimously backing a win for Brazil based on their form in the tournament. Croatia’s inability to bag wins in full-time and Richarlison’s lethal form in front of goal are few of the other reasons.

This match will be a closer affair than most people expect, but we strongly believe that Brazil will come through in the end. Since the odds for the Selecao win are too short, we will back them to win with both teams scoring priced at 3.40 odd.

Richarlison is once again our choice to score anytime having netted three times in the competition. We will take the full-time correct score of 2-1 along with it.