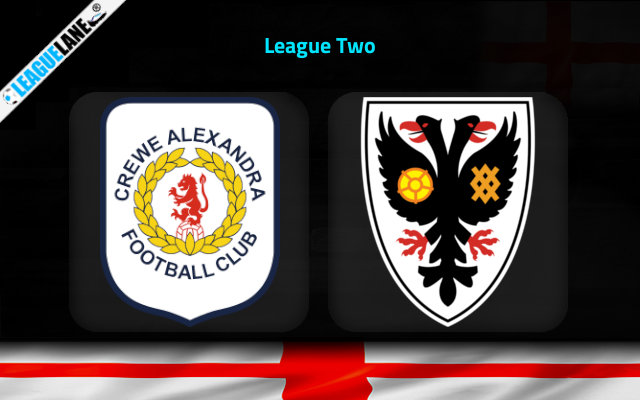 Crewe vs AFC Wimbledon Predictions and Free Tips from our expert tipsters when the teams go head-to-head in the England League Two on Saturday, 7 January 2023.

Neither Crewe nor AFC Wimbledon are enjoying a decent League Two campaign so far this time. They both are sitting at a position outside top half in the standings.

Crewe are at 17th position, two spots and 6 points clear from their Saturday’s counterparts AFC Wimbledon. They both will be hoping to seal a win which doesn’t come in handy for them consistently.

Crewe have a 100% unbeaten record against AFC Wimbledon barring a single fixture. The reverse fixture had finished in a 1-1 draw.

At this venue, AFC Wimbledon are yet to seal a win against Crewe. Both teams to score is an often trend in the h2h meetings between these two here.

Who will win the match between Crewe vs AFC Wimbledon?

Crewe won two of the last four home outings. Meanwhile, AFC Wimbledon were unbeaten in five of the last six road trips. Going on, Crewe have a superior head to head form against AFC Wimbledon.

However, we can’t select them as a clear winner here as the traveling side has been strong on the road. Do also note that the reverse fixture had finished in a 1-1 draw.

Both these sides have played more than 50% of matches with under 2.5 goals trend so far in this season. While such a trend persists, we don’t like to back the over 2.5 goals ft bet here.

They have never played a head to head match without the landing of both teams to score option. Moreover, neither of these two sides are in possession of a strong defensive side in this season. Therefore, expect goals from both ends of Alexandra Stadium on Saturday.