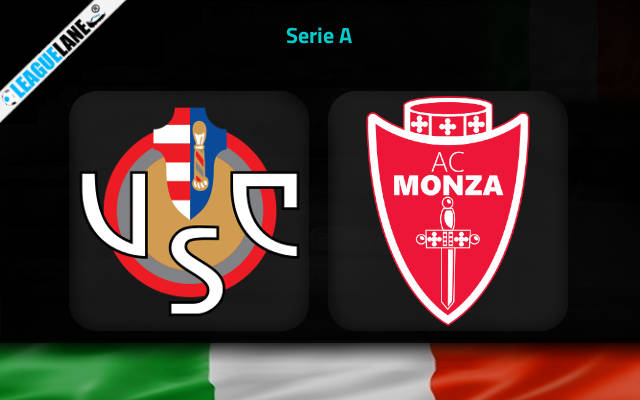 Cremonese will be searching for their first win of the season on Saturday afternoon when they host Monza in the 18th round of Serie A.

Massimiliano Alvini’s men are still the only team without a single win in this term of the Italian top flight.

Cremonese continued their negative spell of form on Monday night when they fell 2-0 away at fellow strugglers Hellas Verona.

They took zero points while scoring zero goals in two league outings after the World Cup break. Nevertheless, we have to say that Cremonese did concede a last-gasp goal in the home loss to Juventus (0-1).

Also, Alvini’s troops left a decent impression in the mentioned loss at Verona on Monday, registering 15 attempts, 5 of which went on target, on the occasion.

The hosts, who boast by far the worst attacking record in the league, should have somewhat more space to deliver up front here against Monza.

Nevertheless, Monza do also possess enough threat in the final third to guarantee them the role of a slight favorite in this matchup.

The visitors will enter this game in much higher spirits. They went unbeaten from the clashes against Fiorentina and Inter Milan so far in January.

Monza are nine points clear off the red zone at the moment. They do have a dismal record on travels with one win, two draws, and five defeats in eight league fixtures on the road but we do see plenty of chances for it to be improved after the trip to Cremona.

Monza left a much better impression in the recent games and we see this clash as an ideal opportunity for them to pick up an important victory on the road.

Knowing about Monza’s attacking-minded style under Raffaele Palladino, we are very much tempted by the 4.33 odds offered for the Away Win & Over 2.5 goals FT bet on Saturday.