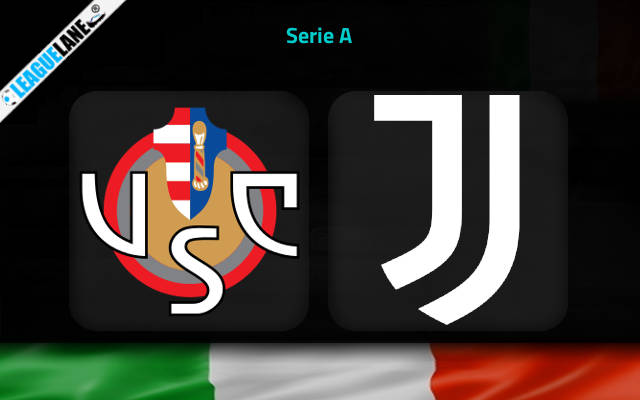 Juventus got off to a rough start to the 2022/23 Serie A campaign but they grew in fom and confidence in the last two months.

I Bianconeri jumped to the third position in the league table after a streak of six consecutive victories ahead of the World Cup in Qatar.

The rock-solid defense has been the main catalyst for such a run. Massimiliano Allegri now have the best defensive record in the league by a mile.

I Bianconeri have only conceded 7 goals in the opening 15 games of the season. We will certainly fancy Juventus’ chances of keeping things quiet at the back once again on Wednesday afternoon in the road fixture against Cremonese.

Cremonese are the only team in the league without a single win in the opening 15 rounds. Knowing they have last been in the top flight 26 years ago, it is a long and tough streak for them without an elite-class victory.

On another side, Cremonese are third from bottom in the league table thanks to seven draws in the opening 15 matches.

Nevertheless, Massimiliano Alvini’s men do have issues with the lack of attacking creativity. They have only found the back of the net 11 times so far in the season.

Interestingly, Cremonese are particularly struggling for goals at their Stadio Giovanni Zini. Alvini’s troops notched no more than two goals in seven league games on the home patch this term.

Juventus to win to nil has to be the way to go here at the odds of 2.62. We have the clash between Cremonese who notched no more than two goals in seven home matches this season and Juventus who boast the league’s best defensive record.

We, however, do not expect a goal fest from the visitors either which makes the 0-1 correct score bet a great shout at the 6.50 odds.