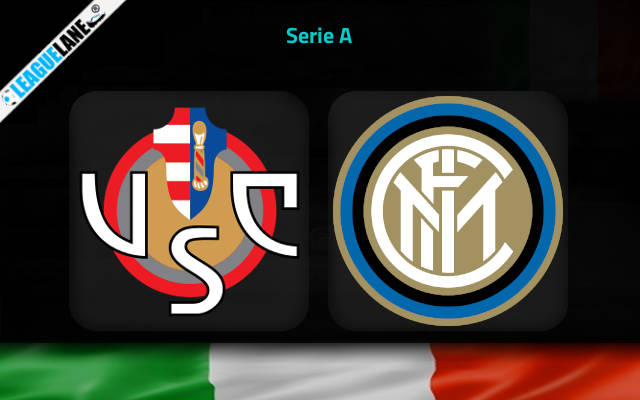 The game has gone south for I Nerazzurri ever since their center back Milan Skriniar got sent off, just after the 30-minute mark.

Inter Milan were outplayed on the occasion and they are now as many as 13 points shy of leaders Napoli.

The Super Cup 3-0 drubbing of bitter city rivals AC Milan will now count for little as I Nerazzurri will be desperate to make amends on Saturday afternoon with a result against the rock-bottomed Cremonese.

Claiming the spoils at Stadio Giovanni Zini will, however, be easier said than done for Inzaghi and his troops since Cremonese have grown in both form and confidence since the managerial change.

Davide Ballardini took over Massimiliano Alvini on Cremonese’s bench after the team’s home defeat at the hands of Monza on January 14th.

Ballardini went on to take Cremonese to a shocking victory over Napoli in Coppa Italia on penalties, following a 2-2 draw in the regular time.

Cremonese then held Bologna to a 1-1 draw on Monday evening. Can they stay unbeaten in Ballardini’s third match in charge as well?

Inter Milan can hardly avoid a slip-up here but we are not quite confident in them keeping things quiet at the back in Cremona. Cremonese bagged three goals in two games under Davide Ballardini despite playing Napoli and Bologna in the process, both on the road.

We will back Inter Milan to win & Both Teams To Score as the main pick at the odds of 3.10. You can alternatively back Edin Dzeko to score anytime at the 2.75 odds. The Bosnian striker only came on from the bench in the loss to Empoli and we expect him in the starting lineup on Saturday.