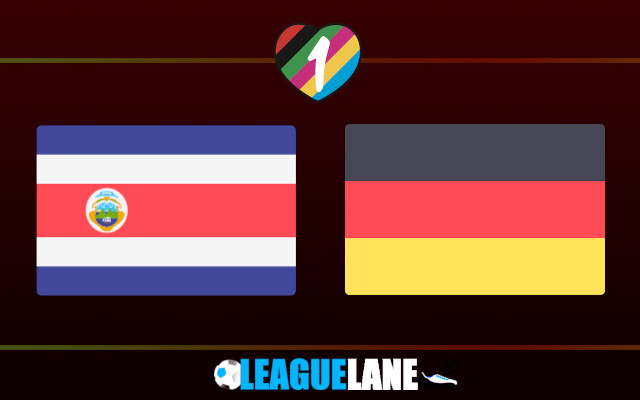 Los Ticos will park the bus on Thursday

Costa Rica had been on the wrong end of the 7-0 thumping on the opening day against Spain but they showed an amazing determination to bounce back with a shocking 1-0 victory over Japan in the second round.

Los Ticos can now even advance to the last 16 round with a point against Germany on the final day (assuming Spain beat Japan in the other game of the group).

Nevertheless, avoiding a defeat against the Germans will obviously be easier said than done. We must say the Costa Ricans did not do much offensively in the game against Japan either, scoring from their lone shot on target on the occasion.

The team led by Colombian manager Luis Suarez will certainly park the bus here against Germany but we are not quite optimistic regarding their chances of success either way.

Germany will be very motivated to secure a commanding win here

Germany were on the brink of an abyss with ten minutes to go in the second round’s clash against Spain.

Die Mannschaft were 0-1 down going into the final part of the game on Sunday. However, substitute Niklas Fullkrug (a Werder Bremen member who played the 2. Bundesliga football last season) bagged the equalizer to earn his national team their first point of the campaign.

Germany now need to beat Costa Rica and hope Japan don’t see off Spain in the other game of the group to progress.

There are no doubts Hansi Flick’s troops will be extremely motivated to make amends for the opening day’s shocking loss to Japan.

When you have highly-motivated Germany playing against minnows like Costa Rica, you can honestly expect only one outcome – a comprehensive victory for the European outfit. Los Ticos did beat Japan on Sunday but they still have a 1-7 goal difference after the opening two rounds.

We will back Germany to win by at least four goals difference here at the odds of 2.85. As for the goalscorers, we like Serge Gnabry at 2.10 odds given the Bayern Munich star has played the most minutes out of all German attackers so far in the tournament.