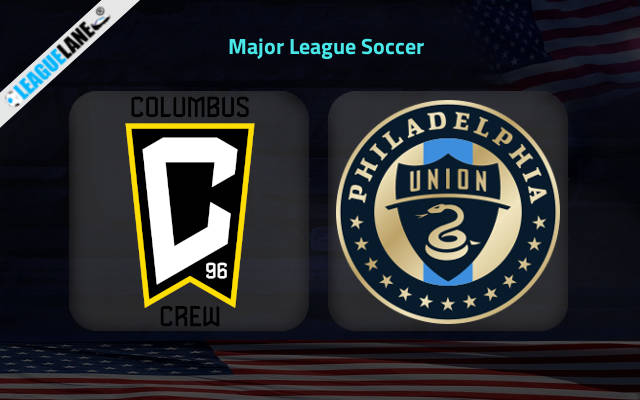 Round 18 of Major League Soccer is being scheduled in Eastern Conference as Columbus Crew play host to Philadelphia Union where both these sides differ by 8 points and 6 places. These two sides will be seen locking horns at Lower.com Field, this Monday.

Philadelphia Union is at the 3rd spot on the standing with 29 points from 17 games. They won 7 times in the league while drew on 8 and lost on twice other occasions. The visitors are also undefeated at half time in their last 15 Major League Soccer games in a row.

Since tasting defeat last time out to Chicago Fire by 0-1 in MLS action, Philadelphia Union will hope to get a better result this time. In 5 of the prior 6 games involving them, a notably low volume of goals have been scored between them and their opponents.

On the other hand, Columbus Crew resides at the 9th position on the table with 21 points. Of the 16 matches played, they won and lost 5 times each in the league while having drawn on 6 other occasions. Things have not been going that well in front of goal for them recently, with the side failing to score in half of the last 6 games.

Columbus Crew will be hoping for more of the same after the 2-1 MLS win over Toronto FC. Under three goals per match were seen in 5 of the past 6 fixtures where The Crew have been participants.

Philadelphia Union haven’t lost in 21 of their last 24 matches in MLS. They are also on are on a winning streak at HT/FT of 3 matches against Columbus Crew in the league.

Meanwhile, Columbus Crew couldn’t secure a win over this foe since their last 4 MLS meet-ups. They even lost their 3 h2hs unable to net in any. The hosts are also the third worst side in terms of their home performance.

By the looks of things, expect a victory for Philadelphia Union this Monday.