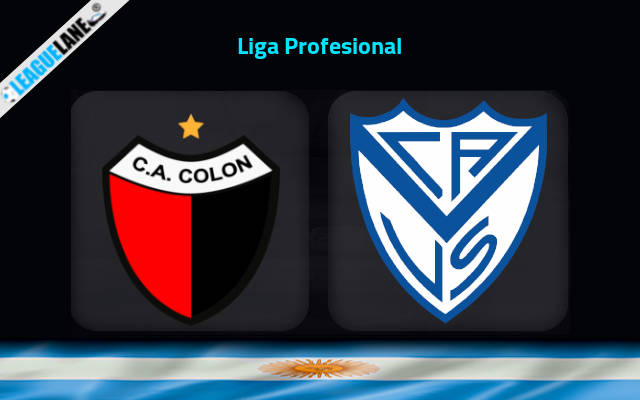 Round 7 of Liga Profesional is set for this weekend as Colon play host to the Velez Sarsfield where both these side lie below the other at the bottom half sharing same points. These two teams will be seen clashing at Estadio Brigadier General Estanislao López, this Monday.

Velez Sarsfield is at 23rd spot with just 5 points from 6 games. They won just once in the league while drawing twice and having lost on thrice other occasions. The visitors have been relatively inconsistent in the league so far and they are currently on a 2-game winless run here.

In their last game, the visitors settled for a goal-less drew in the Copa Libertadores match with River Plate. They have suffered from a lack of goals in their past 6 encounters, contributing the unsatisfactory return of only four.

On the other hand, Colon resides just below at 24th spot on the table with a mere 5 points. Of the 6 matches played, they won just once in the league while drawing twice and having lost on thrice other occasions. They will need to improve their attack as they have scored just 4 goals so far.

The hosts will be wanting a better result here after a 0-2 Copa Libertadores defeat in their last game at the hands of Talleres. Under three goals per match were recorded in all of the past 6 fixtures where Colon have been involved.

Velez Sarsfield have not lost to Colon in games played away from home for the previous 3 matches in the league. But they haven’t won away from home in the past 7 league games. They also remain undefeated in 10 of their last 11 matches against this rival in all competitions.

By the looks of things, an away win or draw seems likely to happen.