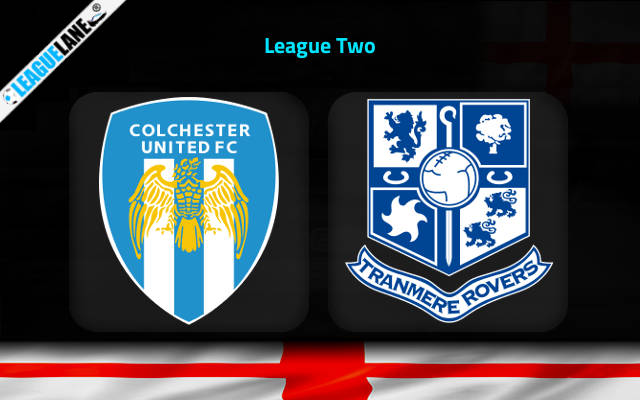 Both teams have two wins and losses each from their last five league schedules. With 24 points and 14 places apart, Tranmere Rovers are set to take a roadtrip this Saturday to Colchester Community Stadium to take advantage of the struggling hosts for the 39th Round of League Two.

Tranmere Rovers are level on points with Bristol Rovers and Northampton, but the Super White Army is the one below all of them due to their poor goal ratio. They however remain second in the spot for Play Offs and 5th on the table with 18 wins from the 38 games played.

After two straight wins, the visitors drew their last league fixture against the eight placed Sutton by 1-1. Tranmere has been effective going forward as of late, scoring 11 goals in their last 6 matches.

On the other hand, Colchester United begin this weekend’s round of fixtures sitting two places above the relegation zone with a mere 8 points in safety. They are 20th on the standing and has struggled for consistency all through the campaign. With only 9 wins from the 38 matches played, this side has the third highest losing figures in teh league marking at 17.

The Oysters lost back to back league games against Bristol rovers and Forest Green, both by 1-0 margin. It’s been seldom in recent games where Colchester United haven’t conceded as they have the fourth worst defense in the League Two.

We are left to back Tranmere as they possess a better form in both head to head stats and league standings.

The visitors are without an away win for the past 6 league games while the hosts won only once from their last 11 games played at home. Moreover, Tranmere Rovers haven’t been beaten by Colchester in all of their last 9 h2hs.

To avoid a risk, we feel that a draw or win for Tranmere is the best option since they are not that great on road considering their last 6 league schedules.