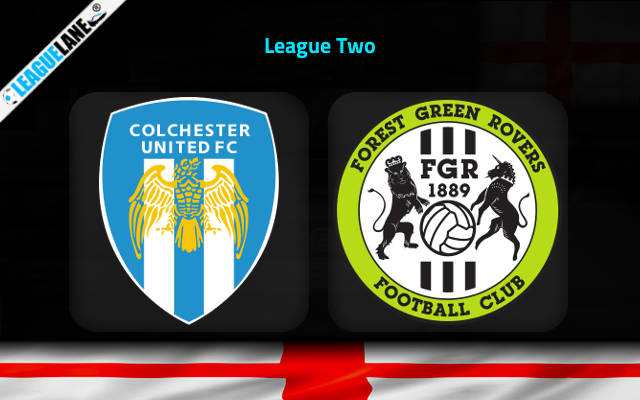 Forest Green have been at the top of the table for quite some time now, and their objective is to secure promotion to the third division. However, their form has gone down considerably in the past few weeks, and as of now, they have a lead of just six points over the second-placed team.

The team will be desperate to get back into their winning groove.

It helps that they are pitted against the struggling Colchester, who are placed 19th in a table of 24. This team has struggled for consistency all through the campaign, and have also one of the worst defenses in the competition.

By the looks of things, expect a victory for toppers Forest Green this Monday.

Colchester were winless in seven of their past nine overall fixtures, and they had also remained winless in nine of their last ten appearances at home.

On the other hand, Green have struggled quite a bit recently. But still, they have remained unbeaten in 20 of their previous 23 fixtures, and they have lost a single league match-up on the road this whole season.

By the looks of things, expect Forest to deliver a much-needed winning performance this Monday on the road.

Tips for Colchester vs Forest Green