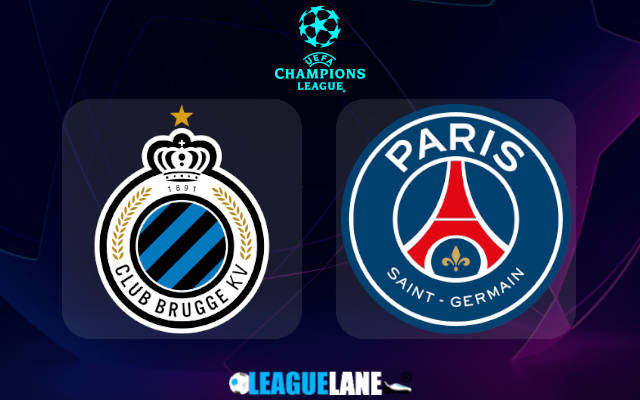 According to bookmakers and experts, PSG are the main contenders for the Champions League trophy this season.

The Arab owners have once again done an incredible job during the transfer window signing a host of high-profile players whilst keeping their main stars (namely Kylian Mbappe) in the team at the same time.

The French heavyweights now possess arguably the best attacking trio in the history of the game with the likes of Lionel Messi, Neymar, and Kylian Mbappe up front.

A weaker PSG side (on paper) has bagged five goals past Club Brugge when they last visited Jan Breydelstadion two years ago, also in the group phase of the UEFA Champions League.

Considering their form at the beginning of the season and the gulf in quality between these two teams, we can hardly expect any other outcome this time around.

PSG will travel to Belgium on the back of a perfect Ligue 1 record with five wins in the opening five rounds of the new season.

The latest of the victories came on Saturday afternoon when the Parisians bagged four unanswered goals past newly-promoted Clermont.

They did it without Messi and Neymar who have both passed fitness tests in the meantime and are available to return for this Champions League affair.

Club Brugge did produce a decent Champions League campaign last year (beating Russian Zenit twice and holding Lazio to two draws), but they failed to make it out of the group phase.

Although they got off to a somewhat slower start to the new domestic season with four wins in seven rounds, Philippe Clement’s men still occupy the very top spot in the First Division standings.

Club Brugge scored three goals in each of the last two home wins in First Division A and we would not be shocked to see them on the scoreline in a high-scoring contest against PSG.

However, as far as the outcome goes, we just can’t go past the comprehensive victory for the visitors whose extraordinary firepower should be too much for the Belgians. The Over 3.5 goals FT is a bet well worth backing at the attractive 2.20 odds.