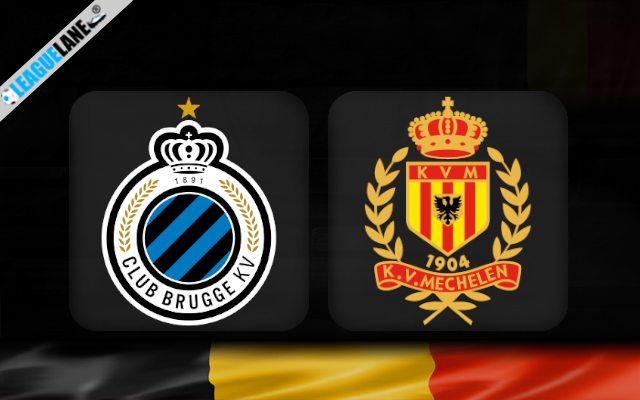 Club Brugge are having the current best form in this season. They have collected 15 points from a possible 15 in their past 5 league fixtures. As a result, they have climbed up to the second spot and are currently well clear from the third positioned Antwerp. They possess the second best attacking line-up of this season.

They recorded a 1-3 win on road against Beerschot in their most recent league fixture. With that win, they are now following a streak of 7consecutive winning fixtures in the league. They will be hoping to make it 8 in a row.

Meanwhile, Mechelen are following a decent form in the league of late. They have collected 7 points from the past 5 league fixtures. They are currently at the 6th spot of the table, inside the promotion zone ll. They have a decent offensive and a disappointing defensive line-up.

Mechelen were last seen delivering a 3-2 winning effort against Kortrijk at home in a First Division A fixture. They were following four subsequent drawn fixtures before recording the above win. Their dreadful defense was the reason behind those fixtures ending up in draws.

When looking at the past 10 league fixtures at this venue, we can see Club Brugge remaining unbeaten in 9. Six of those 9 unbeaten matches ended up in a win for them.

On the other side, Mechelen are winless in 7 of the past 10 on road affairs. They have leaked two or more goals in 5 of those 7 winless outcomes.

On top of that, Club Brugge has an upper hand in the history of this head to head match-up. Therefore, we are left to back them to seal a win against this Mechelen outfit when the referee blows the final.