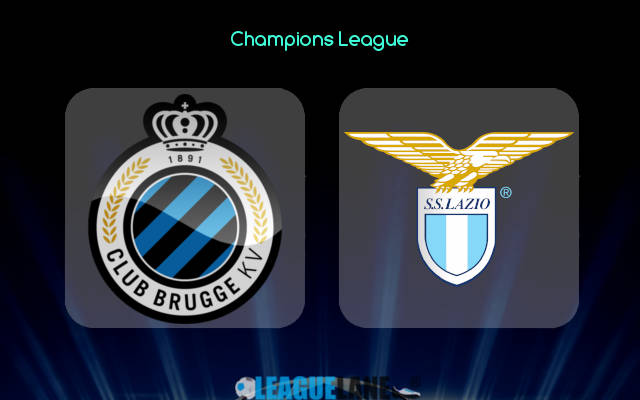 Lazio travel to Brugge on matchday 2 of the 2020-21 Champions League looking to build on their success against Dortmund last Wednesday.

Champions of Belgium have had a great start in this year’s Champions League. Even though the odds were heavily against them, Club Brugge have returned from St Petersburg with three points in their pocket.

This increased chances to end the group stage in top two positions, and confidence ahead of big duel against Lazio SS this Wednesday in Brugge. Hosts are once again underdogs, priced at 2.87 rate to win this match, while the Sky Blues are warm favorites at 2.45.

Both sides collected three points in the opening round, so even a potential loss wouldn’t be an end of the world. This could lead to an open duel.

This is going to be the first head to head match between Club Brugge and Lazio in football history.

There is some talk that First Division A might be suspended soon to slow down the pandemic in this country.

That could be welcomed by Brugge’s fans as team is not performing really well on the domestic scene. The champions are currently sitting in 2nd place with 19 points from ten games, which is much worse in comparison to the previous campaign.

The follow up duel against OH Leuven was awful, losing it 1-2 FT. Luckily, the opposition is not performing that well with leaders Antwerp being only one point ahead.

Lazio ended awful series of results in Italy. After losing to Atalanta and Sampdoria, and a draw to Inter Milan.

We feel that Lazio are going to conquer Brugge this Wednesday, and the price is too good to be missed.