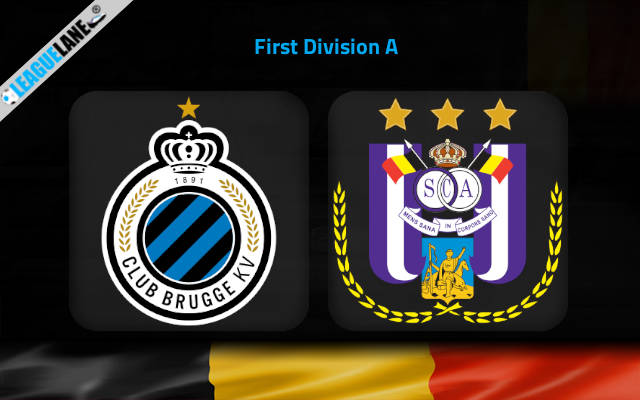 Club Brugge vs Anderlecht Predictions and Free Tips from our expert tipsters when the teams go head-to-head in Jupiler League on Sunday, 15 January 2023.

Club Brugge will risk losing their fourth position if they don’t start winning matches in the next few weeks. They have performed poorly in their league fixtures as they are on a four-game winless run. They recently lost to league leaders Genk by 3-1.

On the other hand, Anderlecht lost their tenth game of the season as they lost to Union. St Gilloise by 3-1. They played well in the second half of the game, however conceded three goals in the last ten minutes.

It is worth knowing that six of the last seven head-to-head matches have ended in a stalemate. The last time the visitors won this fixture was back in 2021.

At this ground, the last three consecutive meetings have ended in a draw. Back in October the host managed to win this fixture by 1-0.

Who will win the match between Club Brugge vs Anderlecht?

The previous record clearly shows that both teams have struggled to win this fixture. Moreover, they are both winless in three of their last four league outings. Therefore, it is likely that this match will end in a stalemate.

The last three encounters show that not more than two goals have been scored combined. This new trend started from last year and will likely occur this time as well. Moreover, both teams have scored in the last three consecutive head-to-head fixtures at this ground.

You can back the following as our first tip is that this game will end in a draw– at 3.60 odd. The main reason is that the last three consecutive matches have ended in a draw at Jan Breydel Stadion. Also, six of the last seven encounters saw no team taking home all three points.

Moving on, our second tip for this game is that Both teams to score – the odd for this tip will be at 1.66. Despite not winning consistently, both teams have scored in this fixture on numerous occasions. The last match at Jan Breydel Stadion between these two teams ended in a 1-1 score line.