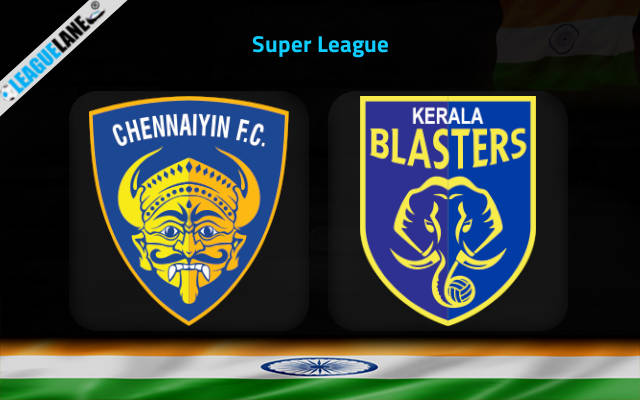 Chennaiyin FC vs Kerala Blasters Predictions and Free Tips from our expert tipsters when the teams go head-to-head in ISL on Monday, 19 December 2022.

Kerala Blasters are the most in-form team in the league presently. They will head into this fixture following their 3-2 win over Bengaluru. The last time they lost a league game was back in October.

On the other hand, Chennaiyin are lacking consistency this season. They won their fourth game of the season as they defeated NorthEast United by 7-2. They have lost three of their last five outings.

It is very important to mention that the visitors are unbeaten against this team since 2020. Both teams played against each other in February this year and the visitors won that game by 3-0.

Kerala Blasters are unbeaten in the last four head-to-head meetings against this team.

Who will win the match between Chennaiyin FC and Kerala Blasters?

We are backing Kerala Blasters to take all three points from this southern derby game. They are the heavy favourites to win as they are on a five-game winning streak. Also, the host have one of the worst home forms in the league this season. They are winless in four of the last five matches at Jawaharlal Nehru Stadium.

In recent times, the host have not scored enough goals against this team. The visitors have kept a clean sheet in three of the last four outings.

The first tip is that Kerala Blasters will score over 2.5 goals– at 3.75 odd. They are in good goal-scoring form. They won this fixture by scoring three goals in the last two meetings. On top of that defeated Bengaluru recently by 3-2.

Our second tip is that Kerala Blasters will keep a clean sheet – at 3.25. The host have kept a clean sheet in three of the last four head-to-head meetings.