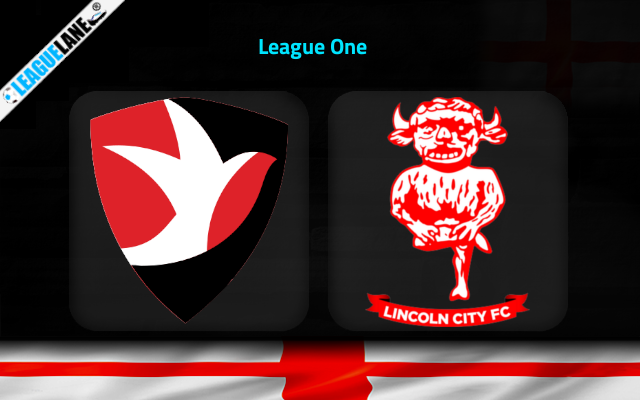 Cheltenham vs Lincoln City Predictions and Free Tips from our expert tipsters when the teams go head-to-head in the England League One on Saturday, 17 December 2022.

Cheltenham has been able to show good performances in the last six games. They are currently ranked 17th in the table. Their immediate Objective will be to seal a victory further to climb into a safe zone spot.

Meanwhile, Lincoln City are a team that lacks consistency this season. They have bagged six points from their last five games. The Imps have more draws than victories.

Lincoln City is having a five-fixture unbeaten streak against Cheltenham. The latest encounter had finished in a 3-0 win for Lincoln City.

The past four overall wins at this stadium were evenly split, with two each for both sides. Their latest clash at this venue had finished in a 2-2 draw.

Who will win the match between Cheltenham vs Lincoln City?

The home form of Cheltenham is quite decent of late. They are having a three-fixture unbeaten streak at home. Do also note that they have won three of the last five home fixtures.

On the other side, Lincoln City is having a two-fixture losing streak on the road. In that case, we expect a victory for the home side Cheltenham.

Only one of the last five fixtures played by Cheltenham at home have seen goals over 2.5 goals.

Moreover, Lincoln City have been also recording goals fewer than 2.5 ft. Therefore, expect this match to have goals under 2.5 ft.

Seven of the last eight matches played by Cheltenham were one-sided affair. In fact, they have kept a clean sheet in three of the last five encounters.

On the other side, Lincoln have failed to score in two of the last three road trips. In that case, we don’t expect this match to have goals from both ends.

Considering all these observations, we like to place Cheltenham to win as the main bet at 2.45 odds.

For the second tip, we like to place the under 2.5 goals ft bet at 1.67 odds since neither of these two sides have recorded high-scoring affairs lately.