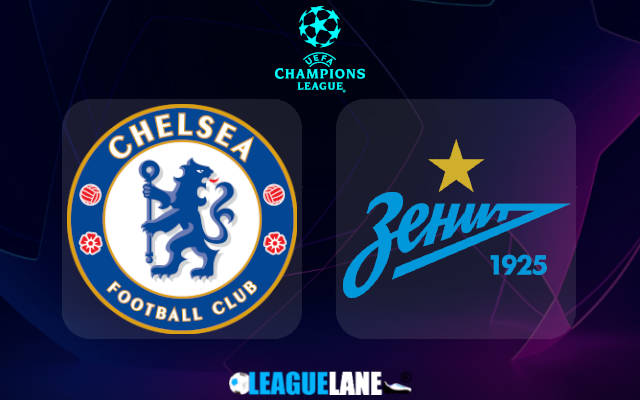 Last season’s Champions League winners – Chelsea take on St. Zenit Petersburg at the Stamford Bridge in a game which should see the Blues win easily.

Thomas Tuchel will be looking to take his side out on the pitch on Tuesday night in an attempt to defend their Champions League title as the hosts will look to make a huge strong start in their game against Zenit.

In the Premier League, Chelsea are level on points with Manchester United, and Liverpool with 10 points on the board after 4 league games as they have recorded 3 wins and 1 draw.

The Blues come into this fixture on the back of a thumping 3-0 win over Aston Villa. That game saw Romelu Lukaku score twice in that game in the 15th and 93rd minute of the game along with Mateo Kovacic who scored a goal in the 49th minute of the game.

In that fixture, Chelsea had a few defensive worries as Aston Villa had their chances, but they never capitalised on them. The statistics showed that the Blues had 57% of ball possession which brought about 12 shots on goal, with 4 on target.

On the other hand, Zenit currently sit right on top of the Russian Premier League table with 17 points on board after 7 league games as they are 2 points clear of their nearest rivals, PFC Sochi.

The visitors come into this fixture on the back of a 3-1 win over Akhmat Grozny in the Russian Premier League as Wendel, Aleksandr Yerokhin and Malcom got on the scoresheet in the 9th, 33rd and 83rd minute of the game respectively

The hosts will be highly dominant in this game as they will keep knocking at Zenit’s door on a regular basis for a goal to come. They have immense fire power in their armor and hence, we back the odds at 1.66 for goals over 2.5 in this fixture.

We expect Timo Werner to start in this game as he will help Chelsea stretch the Zenit defence out with his pace. He is due for a goal and we back the odds at 2.25 for Timo Werner to score anytime in the game.