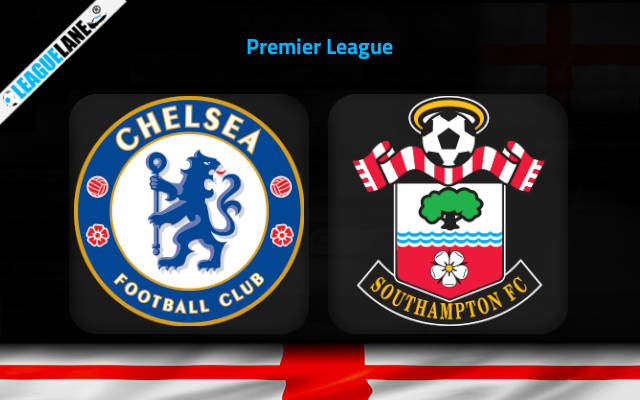 The Blues slowly seem to be losing their invincible mojo. They had lost their latest fixture in the PL, and followed it up with a defeat in the Champions League against Juventus.

While the loss in the league could be forgotten (since it was against Manchester City), the one in the CL should be taken seriously – as it came against the worst Juve side in the past decade.

Thomas Tuchel’s men need a huge win this weekend to instill confidence back into players as well as fans. The reigning champions of Europe just cannot go three matches in a row without securing a win, period.

Coming into the match, the conditions seem favorable for the Blues. They are at home, and are pitted against Southampton, who are yet to post a win this season in the English top flight.

In fact, the Saints are currently placed 16th in the table, and only two other teams have scored fewer goals than them.

Going on, they had even failed to register a win against Sheffield United the week before in the EFL Cup, and had to go through penalties to progress to the next round.

And in addition, Southampton also have a poor h2h record against Tuchel’s men over the years.

By the looks of things, expect a convincing win for Chelsea this Saturday at the Stamford Bridge.

Going on, Tuchel’s men are placed third in the table, and they have a perfect winning record this season, barring their loss against the Citizens, and draw against Liverpool.

They have also conceded a total of just two goals this PL season, and both had come against these two teams.

On the other hand, the Saints are on a 100% winless record in the league, and their sole win in 2021-22 had come against a team from the fourth tier.

Moreover, they are on the road, and are about to take on a wounded top-tier team, who also happen to  be the reigning European champions.

Surely expect a huge win for Chelsea this weekend.