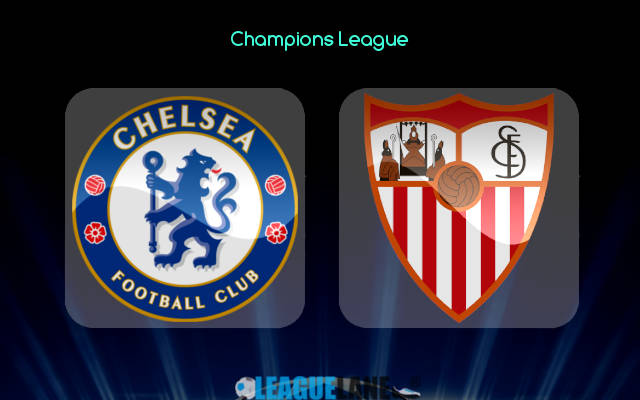 Chelsea is seeking to progress from the group stage of a UEFA Champions campaign for a sixth consecutive time with this season.

They will host on the back of a 3-3 draw at home against Southampton in the previous Premier League. Most of their victories from their last UCL two group stages in the schedule came on the road.

Claiming four of the last seven UEFA Europa League titles, including the one last season, Sevilla has earned their fourth UCL group stage appearance within the last decade in their records.

They will visit on the back of a 1-0 loss on the road against the likes of Granada last time out in the La Liga. Los Palanganas have progressed to the CL knockouts in the 2016/17 and 2017/18 season.

The teams have not met each other in recent times.

The Blues met Spanish clubs on 40 occasions in the history of UEFA competitions and hold a WDL record of 15-15-10. At Stamford Bridge, the record is 9 wins, 6 draws and 3 losses from 19.

Sevilla’s overall record against English Premier League clubs is 8 wins, 5 draws and 4 losses from 17 games. From 8 away trips to the country, they return with 2 wins, 3 draw and 3 losses.

Chelsea will enjoy the ground advantage in the game, and their Premier League experience will also come in hand when they host an outsider at London. The Blues have been unbeaten in their recent five clashes across all major competitions in the campaign.

Even with their ground advantage, Frank Lampard and his men cannot expect a walk in the park when they face Los Palanganas in a European competition. Having won the Europa League last season, Sevilla will come in hot with blazing guns to Stamford Bridge.

We can expect a tight encounter as both teams have a strong squad to their side, capable of damaging the opponents with their quick movements. The Premier League side will have a slight edge over the Spanish side, but we cannot back the home team for a clear win.

The best bet for the punters will be from the goals area in the encounter. Based on the account of a tight encounter, we can expect the tip for under 3.5 goals to work fine in ninety minutes. Besides, with both teams in a pleasant form, the tip for BTTS will also come in handy in the game.