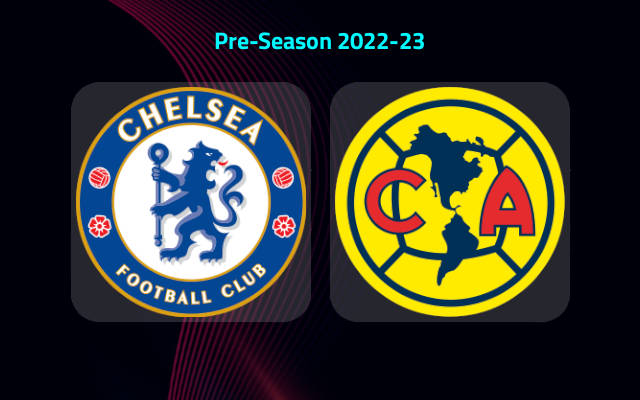 America are one of the best teams in the Mexican top flight but it needs to be mentioned that they are clearly punching above their weight this weekend.

The Blues are under experienced coach Thomas Tuchel, who had already led them to European glory once before. And even last season they had missed out on the European title just by a whisker.

In the semi-final of the CL, they were defeated by Real Madrid by some massive performances by Karim Benzema and Co.

This time around the Blues have strengthened their squad both in offense and defense, and will be ready to take on their challenges, whatever it may be.

As such, this pre-season game is a great opportunity for them to try out their tactics.

Meanwhile, along with the inexperience of America against European clubs, they also have been going through a poor stretch of performances lately.

They are letting in goals almost in every other game and judging all these observations it is expected that we will witness a Chelsea victory this weekend.

America were winless in 6 of their past 10 overall fixtures and they had also let in two or more goals in 4 of their past 6 matches.

On the other hand, Tuchel’s men have been beaten just 6 times in the past 9-month period and 4 of these defeats had come against Manchester City, Real Madrid, Arsenal and Everton.

Taking into account these observations, it is expected that the determined and reinforced Chelsea will secure a convincing win this weekend.

Tips for Chelsea vs CF America