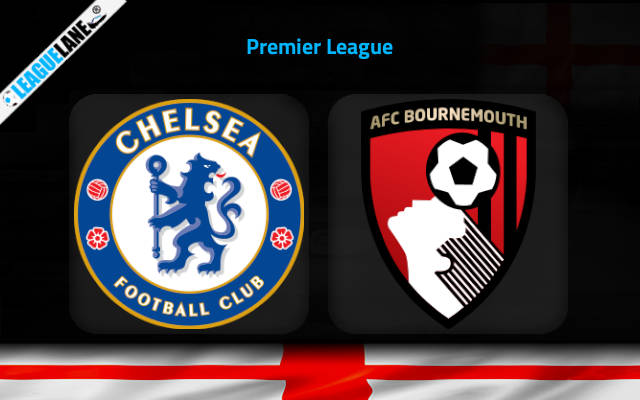 Chelsea will try to turn a new page after the World Cup as they desperately want to forget the dismal campaign from the opening 14 rounds of the season.

The Blues went on the World Cup break from the 8th position in the Premier League standings with only 6 victories in the inaugural 14 outings.

The team have made a managerial change in the process as Thomas Tuchel was replaced by the former Brighton manager Graham Potter.

Potter failed to instill his philosophy into Chelsea’s players in his first several games at Stamford Bridge.

He has now had an additional month to bed in all of the required pieces for a successful campaign and it will be very interesting which Chelsea face we are going to see after the World Cup break.

The Blues are looking ahead of a very nice schedule with the fixtures against the likes of Bournemouth, Nottingham, and Fulham upcoming in three of the next four Gameweeks.

We see Chelsea as heavy favorites against Bournemouth on Tuesday evening. The Cherries have been struggling to perform on travels so far in the season. They have a 9-24 goal difference in 7 away fixtures this term.

Bournemouth have already played the competitive game last week when they fell 1-0 away at Newcastle in the last 16 round of Carabao Cup.

Chelsea have been struggling to create chances under Potter in the first half of the season. They now have Reece James (one of the main creators in the team) back in the squad and ready to feature from the start.

The hosts will be extremely motivated to make amends for the horrendous first part of the season. We will back them to see off Bournemouth by at least two goals difference here at the odds of 2.00. The braver punters can try with Chelsea to win 4-0 at the 15.00 odds.