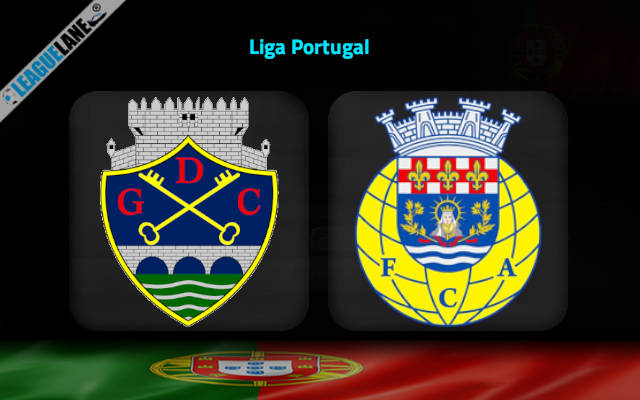 The hosts have experienced a slide in form in the recent weeks. They are winless in the previous five outings in all competitions, thus ruining the fine start to the top-flight campaign after earning promotion from Segunda Liga football last year.

Chaves have conceded at least two goals in four of the last five matches across competitions. The run includes a 0-2 loss to Famalicao in the previous home outing in the league.

A return of one point from the last two Primeira Liga matches against the likes of Famalicao and Pacos de Ferreira is certainly a very modest one.

Pacos de Ferreira had claimed only two points in the opening 14 games of the season before playing a 1-1 draw to Chaves seven days ago.

The fact Chaves had just two shots on target in the clash against the rock-bottomed Pacos Ferreira last weekend says enough about their current form.

Arouca, who hold the seventh position in the Primeira Liga standings, will enter this tie in much higher spirits.

They have won four of the last five games in all competitions. Armando Evangelista’s men did not have any troubles easing past Estoril 2-0 on the home patch last weekend.

We must particularly mention striker Oday Dabbagh who bagged a brace eight days ago. Dabbagh is the team’s top scorer this season with four goals in eight matches.

The value is great with Arouca who are 3.40 to claim the win over the out-of-form opposition. Arouca won four of the last five matches in all competitions.

Since Chaves have been all but impressive offensively in the recent games, we will take the 5.50 odds for Arouca to win to nil here. You can also back the in-form forward Oday Dabbagh to score anytime for the visitors at the 3.10 odds.